David Danto’s ongoing list of disjointed and occasionally random observations and thoughts as we wait-out the pandemic – mostly NOT traveling like we used to. 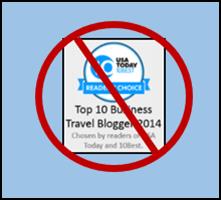 I received a note from United Airlines this week.  It said “We're excited to announce that starting February 1, we will begin flying to both Los Angeles and San Francisco from New York City's John F. Kennedy (JFK), offering daily nonstop flights to each west coast city.”  It created a flood of memories and emotions in my mind.  As I’m not going anywhere anytime soon, I figured I’d share some of them with you. 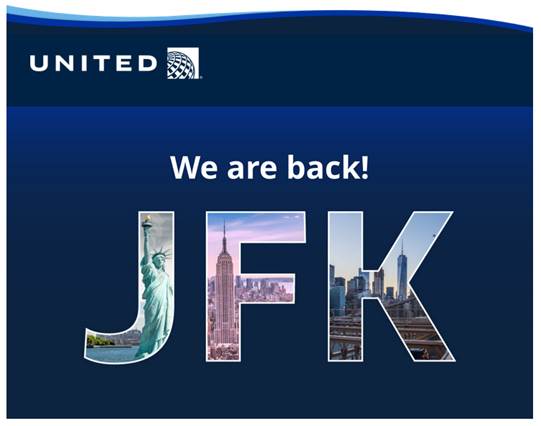 During my long career I often traveled back and forth between New York and California.  The emergence of United’s Premium Service (along with similar services from competing airlines) was a real breakthrough.  People who frequently traveled this route on business – and who’s employers usually purchased business class fares – could take advantage of this international style upgraded service.  Much roomier seats, personalized entertainment (balky players with DVDs and noise cancelling headphones in the early days), multiple course meals with fine wine, plenty of attention from flight attendants, etc.  It was just what one would expect from premium service on a premium airline.

Much has changed since those first days of PS.  The new (Continental disfigured) United abandoned JFK in 2015, moving all their operations to EWR.     While you might think I, as an EWR hub captive would like that change, it was awful.  Lost in the shuffle of bringing “Premium Service” to EWR was the fact that this new United deemed everything between EWR and LAX/SFO as premium.  That meant that there would no longer be free upgrades on that route.  Instead of Premium being a product one could purchase or use miles to upgrade to when that extra comfort was desired, it was now the default first-class, domestic, coast-to-coast product.  That also meant that if you didn’t fork-up the cash you would be stuck in the back of a typically narrow, old plane in a tiny, coach seat and have a miserable six-ish hour flight.

Just before the pandemic killed travel, United had returned a meal-service to their elite passengers seated in Economy Plus on those routes, but that was the only improvement I can think of in coach in about a half-dozen years.

The statement “We Are Back” really tugged at my heart and memories, as I’m sure it did for many United customers.  I fondly remember the era of United when it treated all passengers well and elite passengers like kings. 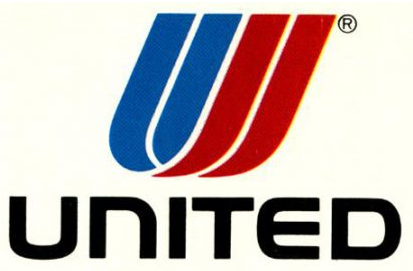 I remember when irrops during a trip didn’t give me the chills, as I knew United would look out for me.  I remember when the crews were actually the embodiment of the “friendly skies.”  I remember when the aircraft didn’t proudly show a Death-Star on the tailfin.  And, I remember flying Premium Service from JFK (and international business class from EWR) was simply a wonderful experience.  As I’ve mentioned before I was actually on the last (pre-Continental) United 777 flight from EWR to LHR.  The entire United ground crew at EWR stood on the tarmac in tribute as the aircraft taxied to the runway, marking the sad end of a proud and wonderful era.  After that, United only flew international out of JFK.  And then – of course – the whole thing got Smiseked and has never recovered.

The thought that “United was back” definitely made me happy for a moment – boy, wouldn’t that be nice.  Then I remembered that this is 2020, the airline is really Continental with United lipstick – making it the worst of both – and, unfortunately, you can’t go home again no matter how much you want to.

UPDATE: After I wrote the above, United sent another email announcing that they were lowering their requirements to achieve the various Premier levels for next year, and added some promotions such as double qualifying points on your first three flights before the end of March and more qualifying points for credit card spend.  Um, ok.  Honestly, I and I assume most United frequent travelers are no longer enticed by these essentially worthless offers.  Frequent Flyer Miles are a currency that the airline can (and does) devalue on any whim, and therefore they have little value.  If United wanted to make a real gesture to entice their most frequent travelers back (once it’s safe of course – which it clearly isn’t right now) they could apologize for the devaluation of and restore lifetime benefits and return meaning to the concept of loyalty.  Of course they won’t, which tells you all you need to know.

Thanks for your comments on last week’s latest Traveler’s Toolbox blog.  Please keep those suggestions coming in for the next one.

The Explanation for my Not Traveling blogs:  In 2014 I was voted by USA Today readers as one of the top ten business travel bloggers in the USA.   Now mind you, I turned out to be number ten on the list of ten, but I did make it on (with my thanks to all those who voted.)   Now that we’re all stuck at home and not traveling, I had to think about what to do with my blogs.  I could stop writing them entirely – waiting till we all get through the current COVID19 pandemic / crisis.  I could wax nostalgic and/or complain about past trips.  Or, I could focus all of my efforts on my day job – growing the use of collaboration technologies – especially in light of how many people are now forced to use those tools for the first time.  In reflecting upon those choices, what I decided to do is compile an ongoing list of observations during the crisis.  Some of these may amuse, some may inform, some may sadden and others may help.  My goal will be for you to have seen something in a different light than you did before you stopped to read the blog.  I was going to apologize for how disjointed these thoughts may seem when put together, but then it dawned on me that feeling disjointed is our new normal – at least for a little while.