It’s Time To Admit The Obvious – The TSA Must Go 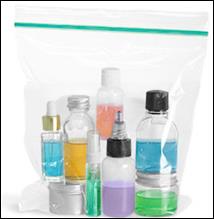 There comes a point in time in every endeavor when one has to take stock of reality and admit the obvious.  We can point to the time that the Tower Records chain realized that everyone was buying their music as downloads and filed for bankruptcy.  Or we can go back even further into our history and look at times when people were absolutely convinced of something that turned out couldn’t be further from the truth - like the world being flat; or that bloodletting could cure sicknesses; or that smoking could soothe a sore throat.  We now know many things we used to think were helpful or correct were obviously wrong or outdated.  Today we’ve reached a moment in time where we have to bite-the-bullet and come to a similar realization about US travel – it’s time for the US Transportation Security Administration to end and go away.

After the horror of 9/11 we all knew that airport security needed to be increased.  It seemed obvious.  Frequent travelers before those days were well aware of how ridiculous airport security was.  If one flew from a Washington DC airport one would have to unpack and turn on a notebook computer to ensure that it would light up.  At other locations portable phones and beepers would need to be powered-on and light up.  Everyone knew that if a terrorist was building bomb all they’d have to do is make it look like an electronic device and make it light up and no one would question it.  After 9/11 we all agreed that security needed to have a central governance and be better than it was.  Regrettably, instead of security, what we got with the TSA was the illusion of security.

I hate to be more cynical than I usually am, but the TSA must have come out of a conscious belief of its planners that if enough people feel hassled at the airport they’ll think it is a secure environment…and hassle people they did.  Their people made fusses about nail clippers, pen-knives, safety razors and other things that couldn’t conceivably be a threat.  They helped participate in what will eventually be known as two of the greatest consumer rip-off conspiracies in modern history.  The first (in cahoots with the airlines) being that only the person named on a purchased ticket can fly on it.  Before the TSA existed passengers sometimes used to use only a first initial / last name as they purchased air travel  - to gain more flexibility than the airlines wanted their customers to have on a low priced ticket.  Whammo – paranoia and the TSA stopped that, helping the airlines MUCH more than the traveling public.  The second (in cahoots with airport vendors) will be known as the great liquid prevention, where water bottles can’t pass the security checkpoint, allowing airport vendors to charge $3-$5 on a single bottle of water when one can get one or two cases for that price at any supermarket or pharmacy.

Hassles and rip-offs turned-out to be the least of the problems when a former TSA agent pulled proverbial shroud off how the TSA operates a couple of years ago.  We learned such things as how the agency fully well knew that their VERY expensive scanners didn’t work; that agents routinely hassled people they didn’t like; that passengers were given nicknames based on how they looked; that people were groped for no reason other than the whim of the agents; and that the whole operation was a sham.  No one was surprised.  I’d like to say we collectively had the will do something about it back then, but for the most part nothing changed other than the cancelling of the contract to put in more of the useless scanners that cost $150K each.

In 2011 the TSA finally announced something to actually help the flying public – TSA Pre-Check.  It was a fairly simple concept – travelers would agree to full background checks in advance, exchanging some of their privacy for a certification that they were obviously not a terrorist.  These pre-certified travelers could pass through the security checkpoints with minimal screening, speeding up their travel experience and freeing up agents to focus on the rest of the non-cleared passengers.  Only a US Government agency could take a really good idea like that and destroy the application of it as badly as the TSA has done.  The failures of this program have been well documented many times by many people.  Basically, the TSA charged for a service with no guarantee they would ever provide it.  About a dozen things could prevent a pre-certified, non-threat person from receiving the expedited screening, including clerical errors on a ticket, TSA staffing levels, TSA staff hours of availability (never printed nor announced anywhere) gates never equipped to provide it, random checks, etc.  Then, to top that off, TSA agents shunted non-cleared passengers into the minimal check lane whenever they felt it was necessary to balance the waiting lines.  That should have been everyone’s first clue that the TSA was just a sham.  If we say that all passengers need to be completely inspected in case they are a threat, then say we have a program that will pre-screen passengers so they don’t need that complete inspection, and then say it’s OK to send non pre-screened passengers into the line where they won’t get a full inspection – it doesn’t take a PhD in logic to see the critical flaws there.  Clearly either nobody needed the complete inspection in the first place or we’re letting a lot of unscreened threats into the airport.

The topper came this week, when it was revealed that the Department of Homeland Security tested a number of TSA security checkpoints and discovered that in 67 out of 70 cases undercover agent were able to get weapons past security screeners.  And we’re not talking nail-clippers and water bottles here – we’re talking about mocked-up bombs.  The acting director of the TSA has already been “reassigned” because of the report, but thinking a single individual is responsible for this abomination of an agency is scapegoating at its worst.  This is a broken agency based on flawed logic and flawed execution, and designed upon a flawed premise – that if enough people get hassled they will buy into the illusion that the airports are secure.

What we need now is the courage to admit the world is not flat – to admit the reality that the TSA can’t be saved.  We need a new agency with a new mission and a new management that works off of the simple concept that standards can be implemented and adhered-to at all times.  Pre-screened, background-checked frequent travelers don’t need to be hassled at the airport - ever.  Once their identity is confirmed they should walk to their gate regardless of any variable equipment or staffing issues.  If this worked 100% of the time then – believe me – they would pay a premium for the service well over any amount needed to do the whole agency’s job correctly in the first place.   If we need coaching on how to implement a successful risk based screening process just hire the Israeli government as advisors – they’ve been doing it for years in a much worse climate and have never had an issue.  Heck, just hire the screeners we’ve had all along in Hawaii that could find a banana buried twelve layers deep in someone’s luggage – even we knew how to do it long before the TSA.

No matter what we do, it is important not to just brush-over the latest revelation as only needing a minor adjustment.  We all know better.  It’s time to admit that.