·      New And Notable From The Exhibit Floor

Greetings from steamy Orlando where the 2013 InfoComm Conference and Exposition just concluded.  This year’s show was a tremendous success for InfoComm International – and the first show under the leadership of their new Executive Director David Labuskes. 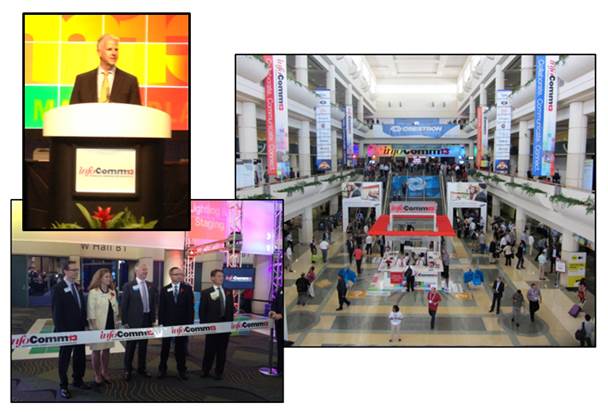 In order to give you a sense of the magnitude of the show and highlight some individual achievements, let’s go over it by the numbers:

·                   5 – The number of new or nearly new video firms sporting former Tandberg employees (or six, depending upon if you count VisionsConnected)

·         ~2,000+ - The number of tweets rAVe spammed to the “#InfoComm13” hashtag – seemingly one for every single product by every single exhibitor (which is valuable information, but clogs-up the twittersphere so people can’t find real news.  Use a different hashtag next year please – leaving #InfoComm14 for news.)

After a slightly slow first day, exhibitors I spoke with were very pleased with the quantity and the top-notch quality of the attendees, including a large number of professionals that would consider themselves in the IT space, realizing that the Collaboration, Multimedia and AV disciplines are important to their mission.

These products are intended to meet a couple of specific purposes.  They offer the ability to tour a remote or hazardous location and they offer home-bound students the ability to mingle with in-school teachers and students.  Other than those I still think that entire space is still more of a solution in search of a problem than any innovation.  I’d bet that if you took all the robots being shown on the floor from all the firms showing them this year and put just those to work in all the above applications no one would ever need to manufacture any more.

In addition to the robot festival, there were a number of other clear industry trends and themes visible at the conference.

·         Wireless: The battle to create a tabletop placement of the correct input wire for all content generating systems is over.  We lost.  It is impossible to have enough wires and adaptors present in a multimedia room to meet even the average day’s needs for multiple types of connectors.  The industry is now saying that wireless is the answer.  Appliances like Barco’s Clickshare and integrated solutions like Crestron’s new AirMedia will be the new standard in the foreseeable future.   Combine that with the majority of projector manufacturers offering a wireless connectivity option in their product lines and it becomes obvious that this is becoming the de-facto solution.

·         Smart Buildings: While I’m mentioning Crestron, I should note that they have decided to take a visionary leap into Smart Building Management with the next generation of their Fusion product (formerly Room View.)

Expect coordinated / integrated building management to be a very hot space going forward.  The AV and video systems we install can and should be coordinated with lighting, air conditioning, security systems, etc. to reduce energy costs, improve room controls and much more.

·         Tablet Based Electronic Whiteboards: Last year nearly half of the exhibitors were showing their own electronic whiteboard solution.  Most of the other half joined them this year – and these now include many examples of tablet based whiteboarding apps.  In addition, Polycom has decided to include the software in their endpoints (“VisualBoard”.)

·         Virtualization: As I explained in my pre-show update, virtualization of video infrastructure is here.  From Cisco’s virtual Telepresence server to the new firms entering the space, software is the future of video bridging and management.  The award for best illustration of this goes to Pexip – showing their new MCU – on a USB stick.

The IMCCA educational sessions were over-the-top this year with high-quality speakers and very relevant discussions.  The Unified Communications seminar I co-moderated brought industry end users (shown below) together with manufacturers and service providers to open a dialog about resolving pain points.

Some interesting topics were discussed and thoughts were put forward, including:

·         Telephony (and DTMF) shouldn’t remain the operating model for collaboration

For the first time this year this session was recorded.  You can watch the whole two hour event here: http://t.co/TYLXfyehBg

There were many new and interesting products shown and discussed on the exhibit floor this year.  Here are a few you may not have heard about in the general InfoComm coverage.

·         Cisco had a number of announcements and demos at this event, including two that were understated yet very significant in my opinion:  Firstly, Cisco announced that as of Q3 this year their VCS-C would be supporting industry standard H.264 SVC.  What that means is that Cisco video systems will be natively interoperable with Microsoft Lync 2013 video.  In the past the only way to connect HD video between Lync and Cisco video systems was via a very expensive Cisco Advanced Media Gateway with limited ports.  Expect the number of hybrid Microsoft / Cisco implementations to grow.  The other significant Cisco announcement actually came from Revolabs. 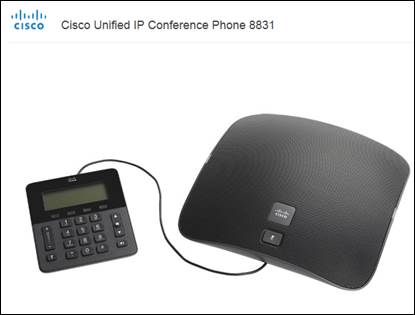 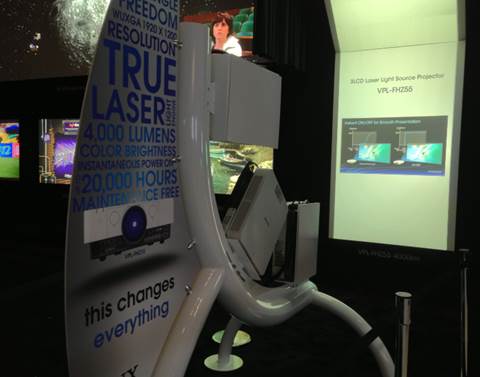 It has an expected “lamp life” of twenty thousand hours – essentially the life of the unit.  A projector that produces excellent images and never needs maintenance is very compelling.  More details at Sony’s site here.

·         Speaking of projectors, Ricoh has entered that space in a big way with a number of models with compelling features.  Their “Desk Edge” series puts all the connectors and the fan on the lens side of the unit, making the table less cluttered.  Their Ultra Short Throw systems are able to produce excellent images from as little as four inches away from the projection surface. 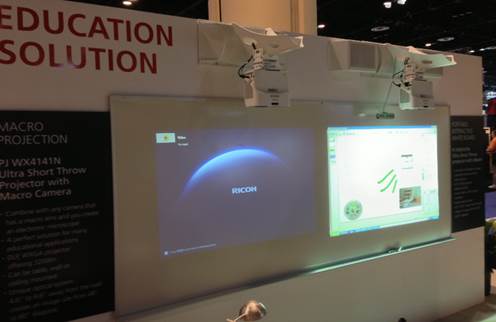 In addition to the traditional uses for short throw projectors this unit’s minimal needs open-up a number of supplemental use cases – like backdrops for trade-show booths for example.

·         The new start-up Acano (formerly called SilverFlare) had large crowds around their booth demonstrating their new concept of CoSpaces. 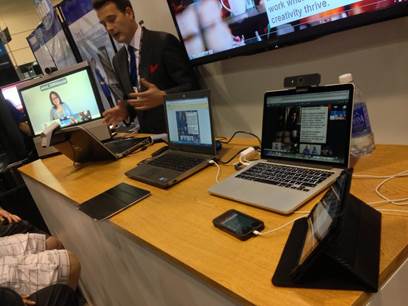 CoSpaces are persistent virtual meeting rooms that store conversations data, media, etc., and allow users to connect form any device (or multiple devices) in any combination.  It is a very interesting concept.

·         There were a number of manufacturers showing their Lync Room Systems – as certified to carry the LRS designation by Microsoft, and still others showing similar systems made to turn your portable device into a conference room system.

Vaddio for example introduced their GroupSTATION and HuddleSTATION devices intended to enable you to walk into a conference room with whatever device you bring and use it as the engine for a real conference room audio and/or videoconference experience.

·         Prysm displayed their LPD (Laser Phosphor Display) screens and discussed how their technology can now be used in “collaboration rooms.” 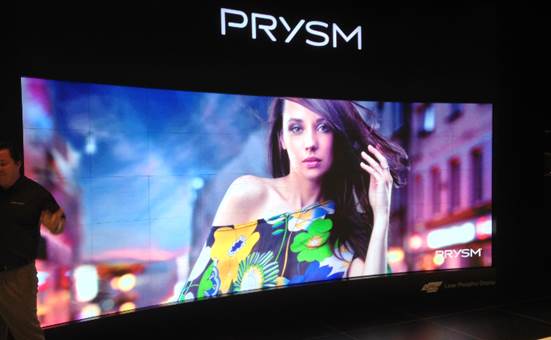 Their displays looked great as usual, and their use within the industry is picking-up some traction in high-profile locations.  I will still feel better about the technology when it has been in constant use for five or so years and there is no image retention visible.

That’s it for this View From The Road.  I’ll be writing a few more conference reviews later this year, but will be staying off the road for the summer.  All my blogs and articles are always available at Danto.info.