A New Year Of Travel Loyalty 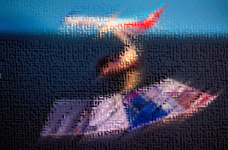 The end of January heralds the start of a new year of travel loyalty programs (which typically kick-in February 1st.)  Every year at about this time frequent business travelers receive their new card and documents and find out what privileges their status level will bring.  In the past these have included such things as upgrade certificates, free drink coupons, priority luggage tags, and details of such perks as early boarding, priority lines, better access to rewards and more – all things to let the frequent traveler know their patronage is appreciated and their loyalty is appreciated and reciprocated. 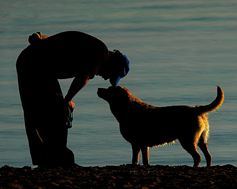 When you look at it closely, loyalty is an interesting concept.  We generally take it for granted that people should be nice to each other.  That’s our human nature.  But when a person, a company, heck even a pet realizes that someone is going beyond the norm and dedicating efforts in support of them, loyalty and its inherent reciprocation is usually the result.  We want to be extra nice to people or organizations that are being extra nice to us.  This manifested itself in the airline industry as Frequent Flyer programs.  According to Wikipedia, “American Airlines' AAdvantage program launched in 1981 as a modification of a never-realized concept from 1979 that would have given special fares to frequent customers.  It was quickly followed later that year by programs from United Airlines (Mileage Plus) and Delta Air Lines (SkyMiles), and in 1982 from British Airways (Executive Club). Since then, frequent-flyer programs have grown enormously. As of January 2005, a total of 14 trillion frequent-flyer points had been accumulated by people worldwide, which corresponds to a total value of 700 billion US dollars.“ 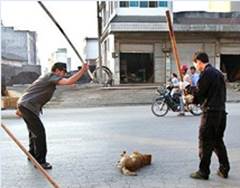 When loyalty goes wrong however, it turns into something ugly.  The dedication of an individual to an entity that is abusing him or her – in the hopes of someday getting some promised reciprocation in return – well, that’s machoism that borders on “battered-person-syndrome.”   ‘Maybe if I do this next nice thing then he/she/it will finally be nice to me instead of further beating me up.’  That’s the current state of airline loyalty programs.  They are a scheme to make battered customers believe that if they buy enough products then the abuse will stop.  Reciprocation – in the form of perks and benefits – is long gone.  The commercial airline industry now generally (and some believe intentionally) makes the flying experience miserable for all travelers, with the perks offered merely to remove some (but not all) of the misery.  Why reciprocate loyalty with actual benefits (they have surmised) when it’s far less expensive to take benefits away from all travelers and then just give back a few and call them rewards.

That’s what my loyalty package looks like this year with my local airline - where I am both a million-miler with lifetime benefits and have given them enough business in the last year to also be one step below their top tier of their status.

·       I am entitled to select seats that have the legroom that all airline seats used to have.  The legroom has been removed for most customers, but not for loyal people like me.

·       I am entitled to be considered for upgrades into the first class section.  When I get to the airport I’ll be able to see my name on the upgrade list.  I won’t get the upgrade, but passengers that aren’t loyal don’t get to see their name on the list.

·       I am entitled to board the aircraft earlier than typical passengers.  No, not first like their elite and lifetime passengers used to be, but along with the group of people that have their co-branded credit card, because they consider any idiot that opens a credit card as deserving of special treatment as their loyal customers.

·        I am entitled to check a couple of bags for free.  That used to be standard for all passengers, but it was removed for most customers – except for loyal people like me…oh, yeah, and this again is a perk of their co-branded credit card, because they consider any idiot that opens a credit card as deserving of special treatment as their loyal customers.

·       My next to the top status of loyalty entitles me to two “confirmable” upgrade certificates that somewhere along the line became as worthless as the upgrade consideration above, because their confirmability is now subject to far stricter revenue management policies that prevent their use on any desirable coast-to-coast route.

·       Oh, I almost forgot – I get a card.  It’s about the size of a credit card and says I’m important.  If the card didn’t come in the mail then I can go on-line or look at my smartphone and see a picture of what the card would look like – so I know I’m important.

When one looks at the list above one can clearly see that this situation is unsustainable.  Lifelong frequent travelers are saying “screw-you airline/hotel/auto loyalty program” we’re no longer going to give you unreturned loyalty.    Travel experts that used to advise filling out the form to join a frequent traveler program because ‘you had nothing to lose’ are now saying it’s not worth the time.  The dearth of actual benefits that are being offered are actually working against the airlines and hotels offering them, as frequent travelers have completed a total 180 and now will go out of their way to avoid the company that upset them, as opposed to going out of their way to stay loyal to the company offering them extra benefits.  Articles that used to describe how to get the most out of travel often now devote their space to how little of the loyalty BS is even believable.

Today, in this new world of alternative facts, it’s hard to tell if travel company executives know they’re lying, or if they actually believe their BS about loyalty.  My prediction though, in either case, is that this is the year these programs begin to go away.  They are surely hurting the travel companies more than they are helping them, and the banks offering credit cards (and any other co-conspirators in the schemes) will soon realize that.