At the end of a long day I like to sit back in front of a TV and just decompress. 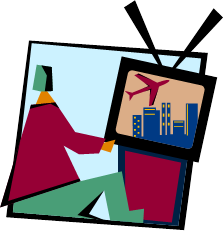 That makes sense, right?  Since the debut of broadcast television it has served as a portal for the mind to travel to exotic worlds, an empath to help us feel great joy and great sorrow, a keyhole to voyeuristically peek at things we shouldn’t see, and teacher and babysitter all rolled up into one.  Many of my generation grew-up with TV.  Regrettably as my generation has matured broadcast television has devolved on a path from ‘hall of fame’ performances to the ‘Real Wives of spoiled suburbia.’  Regardless, it has been the ubiquitous appliance for companionship.  Till now that is.

When I get to my bedroom my wife is already there, the TV is already on, and she’s playing a game on her iPad.  (I wasn’t sure if it was Candy Crush Saga, Flow Line, or some other, brand-new offering.)  Since she was busy I picked up the remote and changed the channel.  “What are you doing?  I was watching that” she complains.  “No you weren’t” I reply, “You’re playing level three hundred forty seven of your game.” “I’m doing both” she explains, “put my program back on.”  Really?  She’s managing to remove all the jelly and chocolate with exploding candy AND trying to figure out which bachelorette will win the hand of Mr. Obnoxious - the born again virgin?

Apparently she and a whole bunch of other people are doing just that.  In the last few years western society has developed a taste for ingesting content from multiple sources simultaneously.  At work we call it “multitasking” - sitting in meetings with our PC’s, tablets and/or smartphones on and pouring content into our brains – and only we know if that content is an urgent email or our latest move in Words with Friends.  Modern day corporate boardrooms are now being designed and constructed with this second screen built in.  Each participant has their own display that can do many things – such as look more closely at the content being shared, read email, check a portfolio (and harvest a crop in Farmville I presume.)  Businesses have flipped 180 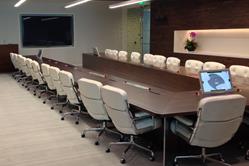 degrees from being intolerant of “rude people” who look at their blackberries in the middle of a meeting (yup - that was one I was accused of once only ten short years ago) to fully embracing the concept that people may need to be constantly ingesting content to be effective at what they do.

Consumer oriented businesses are getting this too.  I just finished my first trip on Virgin America Airlines.  Their new Red interactive seat-back ordering and entertainment system allows passengers to watch on-demand movies, watch live Dish-TV and/or play games, and simultaneously you can on-screen chat with fellow passengers and/or order food or drinks from the galley.  Your movie shrinks to a quarter of the screen and keeps playing as you place your order.  Virgin America ensures that you can get your Caramel and Sea Salt Popcorn without the indignity of having to pause your Django Unchained experience for even a moment.

We spend so much time with our gadgets multitasking that the airline industry is finally also starting to hear the overwhelming cry of passengers regarding personal electronic devices (or PEDs.)  The stupidity of the oft-stated policies that claim an airplane can be harmed by anything electrical has reached an insane proportion.  On that same Virgin America flight – one equipped with powerful in-flight Wi-Fi throughout the cabin – we were specifically asked not to even consider using anything with Bluetooth – as if my BackBeat Go headsets could somehow overpower the autopilot and bring us down in a ball of flames.  (It reminds me of the famous quote from The West Wing when Toby says, “We're flying in a Lockheed Eagle Series L-1011. Came off the line twenty months ago. Carries a Sim-5 transponder tracking system. And you're telling me I can still flummox this thing with something I bought at Radio Shack?”) The FAA created a task force to review the PED policies in the hopes of bringing them up to date with a society where most wristwatches are in fact PEDs that use batteries and cannot be switched-off, and where the lines between a phone, camera, book reader and tablet continue to blur.  Many find it difficult to just “turn-off” and not multitask just because they’re on a plane, especially considering that we hear many pilots today are using iPad apps in the cockpit.

When we bring this multitasking mindset to our homes and leisure time it is referred to as “second screen” experiences.

As Mr. Obnoxious contemplates his choice of bachelorette and the TV network starts a series of commercials, my wife’s divided attention percentage shifts to the striped jelly beans she is about to combine for a super candy.  Suddenly a message pops-up on her iPad – would you like a coupon for your local store for $2 off the detergent that is being advertised on the TV right now?  She looks up and see’s it is the detergent we use, and clicks “yes.”  The coupon is sent to her inbox.

Broadcasters are embracing this second screen reality with zeal.  Technology is being developed that will allow your smart device to be aware of what you are watching on your TV, and since it already knows who you are and where you live it will know what offers you’d probably like to see and use.  The advertisers know they’ve probably lost your attention to Bejeweled and the like, so they are coming after you on the screen you are using.  This was one of the many technology advances discussed at the just concluded National Association of Broadcasters conference.  (You can read my show wrap-up here if interested.)  Getting you to port your attention from the first screen to the second screen is a top priority of programmers.  Games, backstage news, branded shopping and chat forums are only some of the methods content providers are using to keep you interested in their message as all the new gadgets divert your attention.

Second screens and multitasking are nothing new to those of us that use Unified Communication and Collaboration tools at work.  We use all the input from all the sources to electronically simulate an office environment wherever we are.  I can’t begin to tell you how many times I’ve been interrupted while trying to write this blog.  But that’s no more so than I would have been if my colleagues stopped by my desk if we happened to be in the same building - and unlike those interruptions, with UC I can decide which interruptions need to be handled immediately and which ones I can get back to later.

You’d be surprised how many people have not embraced UC because they feel that there is no benefit to technologies that provide a “constant distraction.”  Then again, these are probably the same people that use their smart devices to check their email while having dinner, and play games on a tablet while watching TV.

I finally give-up trying to change the channel and just go to my PC to see what’s been posted on social media recently.  Once Mr. Obnoxious proposes to his chosen girl and all the candy has been rescued my wife and I can finally watch some good TV together – until I get an email from work about a meeting the next day and have to break away…