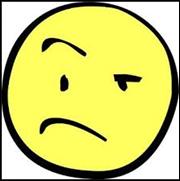 As I write this blog we're just three days into the New Year and I'm already off on my first business trip - my annual sojourn to CES in Las Vegas.

Walking through the airport in January usually brings a sense of "cleansing."  It's a new year, everyone's annual mileage counter resets to zero, the airlines haven't experienced any meltdowns yet, etc.  While I want to feel good about all of this I'm having a very hard time keeping my cynical side at bay.  This is, alas, because I fly out of Newark airport in New Jersey - the home of so much corruption that it actually managed to oust United's awful CEO when no other force on the planet could succeed at doing so.

My day started with the information that my flight was departing from a gate in the C1 wing - which is naturally where I had my taxi trop me off.  Of course, the typical Pre-Check game made that all irrelevant.  The Pre-Check hide and seek quote from today was "we only keep Pre-Check open at C1 for an hour in the morning.  You have to go to C3 for Pre-Check now."  Perfect.  Walk all the way to the other side of the terminal, enter security there, then walk all the way back.  Mind you, if I knew that C3 was my only option I'd have had the taxi drop me off there, but the TSA changes Pre-Check more often than a newborn's diaper, so there is just no way to tell.

After I get through security I look for the closest place to buy a bottle of water for my flight.  Amazingly there are no more "Hudson News" or "CNBC" branded stores.  All the merchants at Newark have been "upgraded and improved" - which is United's and the Port Authority's way of telling you that the overpriced three dollar bag of pretzels you used to be able to buy has been replaced by a six dollar bag of "elite-pop-crisps" from merchants with European sounding names.  There are no more mid-priced options for food in terminal C - just "international markets", "Italian steak houses" and upscale chains.

I can remember fifteen years ago when I used to take my young kids through the airport so they could sit on the bench with a Ronald McDonald statue they had there.  Well, Ronald was tossed-out onto the street when the Riviera and Gourmet Market moved in.  Mind you, I'm not opposed to better food, I'm just opposed to replacing overpriced average food with drastically overpriced food labeled as "gourmet."  I buy a bottle of water at the airport for what it costs me to get a case of bottles at Walmart or ShopRite - and believe me, the unconscionable price multipliers don't stop at just water.

Then, as I get closer to my gate I realize it's on the other side of one of the new bars that's popped-up in the terminals.  I had wondered why the moving walkways were not being fixed when they broke down last year.  Then I learned it's because they were being removed in favor of these monstrosities that create bottlenecks throughout the airport.

It would be like New York City deciding to put a bar and restaurant in the middle of the street on Broadway - and doing it in the guise of ‘public choice and convenience in restaurants.’  All the traffic that used to travel easily down the middle now has to squeeze to the left and right - without even mentioning the loss of the helpful moving conveyer.  Clearly this wasn’t a decision with the traveler’s interest in mind.

So, one might ask, where is all the new revenue from the upscale restaurants and bars going?  Well, I have no idea, but if you've been to a Newark Airport bathroom, it’s certainly not going to improvements there.  If you can even find a clean paper towel dispenser working (which is a quite a task) odds are it's plugged-into an exposed electrical outlet with an exposed wire and wall-wart charger - the kind you might use to power your mobile phone.  It looks like something your teenager bought at the Home Depot and slapped in in ten minutes.  Honestly, having traveled the world, I've NEVER seen that anywhere else in an airport restroom.  It's so distinct for public restrooms that the city should make it a tour stop.

So with the start of a new year of business travel I can try to keep hoping things will get better, but as far as EWR is concerned, there are no signs of improvement to anything except the Port Authority's bottom line.