What Have We Done? 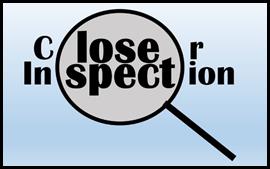 As I write this blog I’m reading that JetBlue has made an offer to buy Spirit. That story is all over the news this morning.  Somewhat buried in the story is JetBlue’s CEO blaming poor mobile phone performance while he was riding the train for the story leaking early:

Many of us had to do a double-take reading that tweet.  The CEO of an airline that flies the very same route chose to take an Amtrak train instead of flying on his own airline.

What the heck have we done to the commercial aviation industry when the CEO also prefers paying for (not all that great) Amtrak service instead of flying in his own planes – a route that would ostensibly be free for him.

When taking a closer look, the answer is everything about the flying experience is lousy and out of control.

·    Aircraft manufacturers are driven by Wall Street profits.  Greed has overtaken safety (as I detailed here.)

·    Airport Security is ridiculous.  The TSA changes rules and policies at will (see this Twitter thread for one example), charges for a smoother experience (Pre-Check) yet provides it so unreliably that a private company is able to charge more than the government for a service that actually works better.

·    Airport vendor price gouging is out of control and has been for years.  A bottle of water costs as much as a case of water bottles at the store.

·    The airport experience has completely changed from a way for travelers to get where they need to be efficiently, to a place where vendors can drop stores, kiosks, bars and other things in the way of passengers trying to get to their gates (just to drain as much money from travelers as possible) regardless of what it does to the traveling objective.  (I detailed many of these issues in the past in this blog.)

·    The airlines…well…I’m trying to find a way to say this diplomatically…um…suck. Unless you’re paying full price for a first class experience – and doing so frequently enough to be amongst the upper-top tier of flyers – then you are likely being treated like garbage by your chosen airline.  Competition has been severely diminished by airline M&A activity, loyalty now exists in name only, and the people running the airlines solidly believe they are there to serve Wall Street banks, not passengers / customers.

It’s clearly well past time that we knock it all down and start over.  The pandemic offered us the opportunity to do just that – by letting the airlines fail and instituting a government take-over of flying.  (It wouldn’t have been nirvana for sure, but it would have been better than the greed-focused firms we have now.)  Instead, we shoveled billions of taxpayer money to the failing airlines without asking anything of them in return.  They were supposed to use the money to keep idled staff on the payroll so they’d be ready for a return to flying.  They didn’t.  They used the money to do other things and got hit with a staffing crunch as flying levels rose.  (As we’ve said before, airline companies are Capitalists during economic good times but Socialists during economic bad times.)

So, should we allow an airline (who’s CEO must find the traveling experience on his own planes so horrible that he prefers to take the train) to buy a smaller airline (with already poorly rated service) further consolidating the airline industry and further stifling competition?  Of course not.  Will we?  Who knows?  As any frequent traveler can tell you, everything can always get worse.  We should all see if Amtrak has any more room…