The Pendulum Peak In Las Vegas 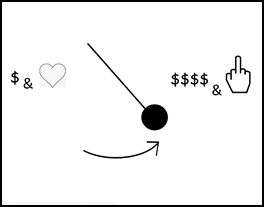 I read with great interest my fellow JoeSentMe columnist Roy Berger’s recent story on Las Vegas. I’ve been a frequent Vegas visitor for decades, and also documented many trips there, so I was eager to see how it was handling itself post the COVID lockdowns.  I just completed my second trip there since late August, and I must say I’m very disappointed.

Las Vegas – just like the entire travel and tourism industry – is always operating on a pendulum, where businesses seek the minimum services and maximum charges they can get away with until people stop coming, then the pendulum begins to swing back to reasonable.  Right now, I believe the pendulum is on peak-upswing.  People are flocking to the city despite how poorly they are being treated, so the bean-counters continue to remove perks and pleasantries and discounts to see how much they can get away with.  There are lots of examples of this.

One of these is the rewards programs.  Casino loyalty programs are very similar to airline loyalty systems.  You play using your player’s card and they track your spending on restaurants, resort services and in the casino.  The more you do, the higher your tier.  The MGM casino program is called M-Life and has the tiers detailed below. (You can also click the picture to see it on their site.)

As you can see, you can ‘earn’ your way up to the fourth tier – platinum, but then the top tier is for invitation only.  I’ve been platinum for years – mostly on what I’ve spent on business meals for clients – with a little gambling as well.  I’ve often told my wife if I ever make it to the Noir / invitation only level just shoot me, it means I’m gambling too much.

I was stunned on this last trip to see how much devaluation has been done to the platinum level, to the entire program, and to just about everything in Vegas recently.

Let’s start with simple hotel arrivals.  The platinum level used to get you free, preferred valet services.  It still kind of does, but there are no longer people managing the process.  The friendly clerk that would take your ticket and offer you a cold bottle of water when you pick-up your car has been let go, his or her office has been boarded-up, and your interaction is with a kiosk.  A power and data cable replaces the heart and brain of person offering a helping-hand.

Then there were the preferred access lines at M-Life booths and resort restaurants and services.  The service centers at almost all of their properties have been moved into the casino cage – the old desks are abandoned.  There are either no longer separate lines for preferred-tiers or they have been changed to “Noir only.”  (Does this sound familiar frequent flyers?)

I stayed this past weekend at the Delano – an all-suite property connected to Mandalay Bay.  It has changed from a beautiful, hidden gem at the south end of the strip to an insane, badly managed madhouse since the construction of the nearby Allegiant Stadium and the arrival of the football Raiders.  Why provide exemplary services at a resort if you happen to be walking distance from a football stadium?  I’m sure their bean-counters think thousands of people will come anyway.  The reductions in services were visible everywhere – from sloppy housekeeping to poor hot-water service in the room to broken elevators to overcrowding everywhere.  Then there were the streets and roadways.  When there is a football game or even just a concert at the stadium, all the roads around the facility are closed all day.  When have you ever stayed at a hotel before where you couldn’t access the parking all day?  How can the property think this is an OK solution?  ow

The disdain for customers is not just at the various MGM properties of course.  On this trip we finally visited the new Genting Resorts World for the first time.  Wow, what a disaster and disappointment this place was.  It looks like what someone would build if they had unlimited money and no taste or logic.  Take for example the self-parking structure which is ten minute (outdoor, uncovered) walk to their hotels and casino.  What is the point of that design?  It would literally be quicker to park at the next-door Circus-Circus and walk there than at their own garage.  Then, when we went to look at their loyalty program, the clerk (again behind the cage) had no details on how it worked, no flyers to describe it, said they no-longer offered status matches from other resort-casinos – and was pretty surly at that.  We walked around the facility and found gaudy furnishings and tacky art all over the place, a mall that mostly stressed revealing clothes and bathing suits, and generally lots of flash over substance.  Want one example?  Click below to see a video of the restroom on the casino floor.  It is the first time I’ve ever urinated under a disco-ball.

Essentially you could close your eyes and picture an entire facility designed by people who thought the mirror-balls and neon artwork in a restroom were a good idea.  The hotels on the property are Hilton and Conrad branded – which is a shock considering how at least the Conrad brand is supposed to be much, much classier than this.

Our visit wasn’t all a bad experience.  On this last trip we caught a great show (WOW) at the Rio hotel.  The show is a must see, but, sadly, the Rio is still falling apart.  It’s still obviously not being maintained (broken escalators, missing buttons on the elevators, etc.)  We also were at a great concert by the 76 year old John Fogerty – performing with a band that included two of his sons and with more energy than anyone should have at that age.  Don’t miss him on tour if you get the chance.

So, the bottom line is if we all keep going to Las Vegas as they continue to reduce services, eliminate luxury services and raise prices they will keep doing just that.  I know the pendulum will eventually swing back, but the question is how many poor experiences will we have to endure until then?

As my regular readers know, what would any trip of mine through EWR be without something ruining it?  This time, when we returned, our checked-bags came out very quickly, but stunningly, we watched our usual car pick-up spot (passenger pick-up 6) be usurped by a construction crew – with the apparent permission of the Port Authority police. 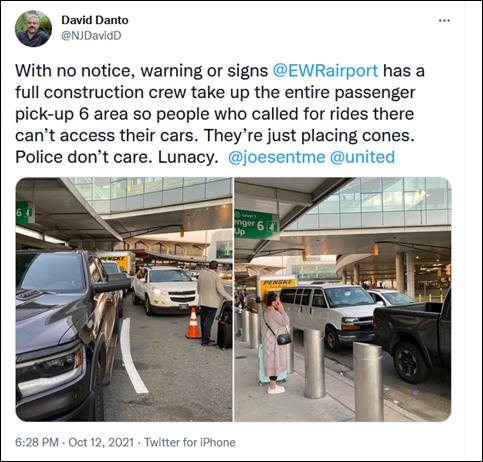 Never put it beyond the capacity of United and/or Newark Airport to ruin any part of your trip.

Oh yeah, one more thing – remember that “biggest club in our network” United promised us years ago when they stole the one between C2-C3 for Polaris only?  Yeah – no progress – no club there and no more pop-up club in the C3 wing at all. 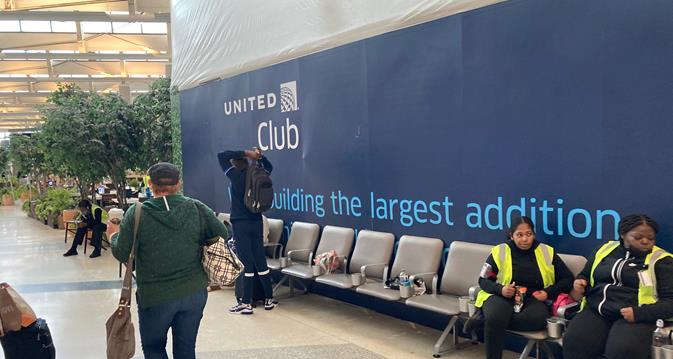 That just happily reinforces my decision to give-up the rip-off that United Club membership has become.