To Club Or Not To Club 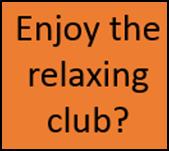 When you’ve traveled as much as I have in a lifetime, you can sometines find yourself surprised about where you wind up.  Years ago I would have been one of the travel experts that would have lectured you about ‘filling out those frequent flyer club applications’ in the airport because it can’t hurt.  I would have told you how important it was being loyal to just one carrier because of your ability to gain elite status more rapidly, and all the benefits that brings.  I would have had lots of rules and tips that identified me as a smarter than most people traveler – and they all would have been great and true…until they weren’t anymore.  The sad fact is that the tremendous changes in the travel industry of the last few years have changed all the rules.  As I and others have written about extensively, airline loyalty is dead, airline affinity credit cards are a joke, frequent-flyer plans are a scam, and savvy travelers have been forced to take a long, hard look at what was once true and conclude that it no longer is.

Which brings me to the topic of airport clubs.  Last week I found myself traveling internationally (something I admittedly don’t do often) and tried to use my paid club membership at an international lounge that partners with my airline.  I found out I can’t.  I knew that the ability to use the club just because of my lifetime elite status was withdrawn in January, but I had no idea that as a paying club member I’d also be denied access.  Yes, I could spend a lot of time discussing if I should have known that or if I could have known that or if I could have done something about it, but rather than go down that path it dawned on me that I may be looking at another long-true situation that simply no longer holds water.  Do we really need airline club memberships at all anymore?

I can hear the me of twenty-five years ago telling the me of now all the reasons for club membership:

1. The club is a convenient place you can go to to relax before a flight.  The seats and atmosphere are more comfortable and it’s easier to rest or get work done.

2. The agents in the club are more empowered to help you during irrops, and they’re generally friendlier.

3. The bathrooms and wash-rooms in the club are bigger, nicer, cleaner and just generally better than those in the airport.

4. The club is a place where you can grab a quick snack while waiting, or even grab one at no extra cost before you have to run to your flight.

5. The club is a place you can go to to unwind, meet with people and have a drink or a snack – even if you’re not flying.

The question for today becomes, how many of those are still true – if any?  Let’s go backwards up the list.

5) I remember bringing my boys to the airport when they were under 10 years old and sitting by the big window, eating snacks and watching the planes take off.  My boys are now in their twenties and trying to get into an airline club when you’re not flying is completely impossible.  Scratch number five off the list quickly.  You can no longer use the meetings rooms if you’re not flying – if the rooms even still exist at all.  And not just that, you now can’t even bring a guest into the club unless they are flying with you that day – on your airline.

4) Remember the Milano cookies?  They were a big deal at the time.  Also the Biscoff cookies, the bags of chips, the bags of nuts – now all gone.  They have been replaced by snacks that can’t easily be removed from the room – intentionally, as heaven forbid you as a paying member might take some of their precious food out of the club onto your flight.  They have been replaced by “fresher foods” – which is airline doublespeak for things that are not as easily portable.  Loose cookies, bagels the size of cheerios, dispensers that serve trail-mixes so vile looking that you wouldn’t want to touch the handle, much less eat them.  During breakfast times or dinner times, when the clubs do serve an edible snack like eggs or salads – they don’t last very long.  Scratch number four too.

3) As far as bathrooms go, they are a hit and miss situation.  Half of the airline clubs I visit do still have nice restrooms, but the other half doesn’t.  They’re either too small (think the United clubs in DCA or EWR terminal C) or they don’t even bother to have bathrooms anymore – they just send you out to use the general ones.  That would have been unheard-of in the past, but now we just shrug and deal with it.  By-bye three.

2) I don’t know about you, but in the last few years I’ve found none of the agents I deal with – wherever they are – are empowered to do anything beyond the very basic.  With all the apps and sources of data we have as travelers today there isn’t very much left that the agents can see that we can’t.  Perhaps if you go to the smaller clubs in a network on a frequent basis and get yourself on a first-name basis with a regular agent you might get a tiny bit of preferential treatment.  However, if you fly from a hub and visit these clubs, then good luck even getting a smile from the nameless, faceless agents.  Hasta la vista number two.

1) That brings us to the number one reason for being a club-member – the fact that everything about the club was ‘different’ and ‘better’ than just being in the airport.  I fly from the United hub at Newark airport.  For me, that hasn’t been a fact for many years.  I’ve fully detailed the theft of the best club at EWR terminal 3 to be used only for their Polaris customers, and how that turned the existing club in the C1 wing to a nightmare of overcrowding, uncomfortable seats, terrible food and miserable experiences.  I’ve detailed that United doesn’t even want you in the club anymore – as they are offering discounts on the food and beverages at new facilities that have been dropped in the middle of the walkways outside of the club.  For the last year or so, if you found yourself flying out of the C2 wing at EWR – there was no club anywhere near your gates, and you’d have to go to the overcrowded C1 club or the C3 pop-up club.  Now, as of January, there isn’t even a pop-up club in the C3 wing anymore.  There’s a big sign on temporary construction walls bragging that ‘the best club’ is coming.  What that means is any club member flying out of any of the sixty-nine gates at EWR terminal C has to shlep all the way over to the C1 wing to even get into a club.  What a huge nightmare.  In this case, again, this reduction in service was accompanied by no refund in membership price.  (And please, don’t tell me that the inconvenience is only “temporary” while this new “best” club is built.  The last “temporary” inconvenience thrust upon us by United became permanent after a year when the rebuilt club was stolen for a different purpose. At that time, the “temporary operational update” email “appreciating our patience” in waiting for “an upgraded lounge experience” turned-out to be just another airline lie when the C2 club was stolen from paying members.) United – and for the most part all the other US airlines – have zero credibility on anything.

What typically comes after 5 – 4 – 3 – 2 – 1?  Yup, an explosion.  The explosive realization that I have reluctantly come to is that the airline club – what once was a haven for the traveler willing to pay extra for it – has now become a perk that the airlines want to reserve for only their most lucrative customers.  ‘If you’re flying on a business or first class ticket then you can use our special, reserved for you club with our gratitude, if you’re not then you’ll be happy with whatever bones we throw you.’  Guess what – this is where I get off.  As with frequent flyer plans, affinity credit cards and everything else that has been ruined by them, the airlines own the game and control the board, and the best advice is not to play.  If you happen to live near a small airport with a smaller club that is still useful for you then enjoy it for as long as you can.  But if you live near a hub – and you typically don’t fly in first or business class – just save your money.  The airline sees you only as a necessary evil, and you should see them with the same disdain.