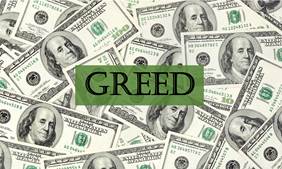 Sometimes people just go too far. Yes, defining ‘too far’ is one of those imponderables like “how high is up,” but sometimes it’s pretty easy to see that we’re well past where normal should be.   When the airlines reduced the size and comfort of flying in planes and removed hundreds of perks we hated it, but some could justify it by saying they’re for-profit companies.  When one airline recently did-away with telephone agents some could justify it by saying text messages are the future of communications.  But now, the airlines want to remove co-pilots from the planes.  There is no way to rationalize or put lipstick on that pig – it’s just pure greed from people who should not be allowed to run airlines or any business where customer safety is critical.

Over the last few decades many business operations have had a second look at how robust and prepared for disaster they actually need to be.  Many operations used to have multiple back-up capabilities – generators, secondary sites, etc., because the idea of stopping operations due to a crisis was unthinkable.  Now, with money and profits being a much bigger driver than excellence, operational disasters are now ‘thinkable.’  Broadcasters, shopping centers, manufacturers and many others now pattern what they do after normal times, not with preparations for a crisis in mind.  If they go dark / shut-down during the infrequent disaster then they figure ‘so be it.’

Well, to use an eerily appropriate phrase, with airlines, this just won’t fly.  Airplanes can’t pull-over in the sky to repair a broken part or replace an injured or incapacitated pilot.  The result of ‘going-dark’ or ‘shutting-down’ in this case – when a commercial airplane pilot becomes incapacitated – is likely hundreds of deaths.  Picture yourself as the executive in front of the hearing explaining how your cost savings from hiring less pilots and using smaller crews was worth the lives of those who died in a crash because of your insane shortsightedness.

Yes, the technology to automatically fly and land a plane without a pilot is better than it ever was.  So is the technology to autonomously drive a car – but I’d ask if you have ever been in one on autopilot?  It’s probably 85% ready for prime-time.  The remaining 15% either has the car stop and require manual help, or, in 273 cases last year, has resulted in crashes –  with some deadly. 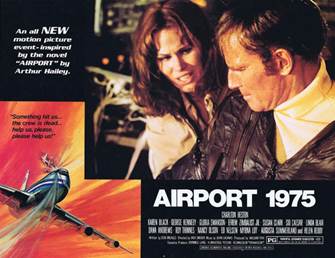 The idea of one pilot commercial jets – being pushed by European airlines and airplane manufacturers (most already responsible for passenger deaths due to cost-cutting carelessness) is just about as bad as bad can be.  Not every plane will have a Karen Black who can jump into the cockpit from the FA job and figure out how to fly the plane, and they won’t have a Charlton Heston who can tether-into the cockpit to save the day.  Emergencies that occur when one pilot is incapacitated will inevitably end in passenger and crew deaths, not Hollywood storybook endings.  A more realistic depiction of what is likely to go on during a disaster is shown in the movie Sully, detailing what happened during the incident known as the Miracle on the Hudson.  It took both highly qualified and prepared pilots to get the passengers and crew back to Earth alive.  Watch the scene by clicking below, then imagine how only one pilot could have possibly coped with all the rapid-fire decisions and actions.

I suggest we all contact the FAA and the UN’s ICAO (using those links as a start) and express our outrage that this would even be considered.  Then pray for more flight attendants with the moxie of Karen Black.