If we take a step back and look at the big picture, it’s easy to see how much has improved in the life of a business traveler.  One great example of this is mobile connectivity just about everywhere.  Years ago, the first time I traveled to Europe and Asia, I felt like a fish out of water.  These days I have a mobile device (which works just about anywhere) to call or text people, read my email, and/or figure out where I am and where I’m going.  And as far as that last one is concerned, GPS technology itself is a minor miracle, with the guarantee of never being lost again (or never again having to order or decipher a TripTik or comically refold a travel map.)   As business travelers we no longer have to deal with fax machines, beepers, dial-up modems, and a boatload of similar tools of the past.  With all of the improvements however, there are still a surprising number of travel experiences that have not been updated to anything modern.  These relics – often frozen in time sometime around the 1970s – are in desperate need of updating and improvement.  In my usual public service effort, here is a brief list of the ones that annoy me the most.

Carpeting:  I thank the lord for the invention of four wheeled luggage every day I travel.  Instead of carrying my suitcase and lugging my shoulder bag from the airplane to the taxi to the hotel room, I can now attach one to the other and push 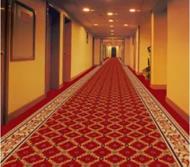 them along effortlessly.  Unless of course I land in one of the insanely stupid airports or commonly found hotels that put carpeting in every public walkway and hallway.  I understand that a carpeted floor makes less noise as people walk on it, but it makes pushing a fully-packed spinner wheeled suitcase almost impossible.   The task changes from effortlessly gliding your bag along to something akin to dragging a beached whale back to the water.  This is totally unnecessary, as there are now smooth-finishes for flooring that can absorb noise without being – quite literally – a drag.  Unfortunately almost no hotels actually use them.  Then, there are properties – like the Wynn Hotel in Las Vegas – that carpet a huge swath of the middle of their public / lobby walkways with expensive carpeting, but leave narrow aisles of marble on either side.

The next time you’re there try wheeling a suitcase from the parking structure to the front desk or to the room elevators while hugging the walls to keep your bag off the carpeting – it’s almost impossible to do (and forget about it if you have to walk from the Wynn to their attached Encore property with your rollaboard.)  It’s time to rip-up these carpets everywhere and put in smooth flooring.  I don’t care if it doesn’t look as nice as a 1970s luxury hotel – it works better.

Desk Lamps with Electrical Outlets:  Someone at some point thought these devices would be a major convenience.  “Put a lamp on the nightstand or desk in the hotel room with an outlet on it so people don’t have to plug their devices into a real outlet on the wall.”  Great idea…but most of them don’t work.  At more than half of the hotels I’ve been at with these lamps, the plug just doesn’t stay in – there is no friction to keep the plug in the socket – it just falls-out.  Then, if you do manage to keep it in (with the metal prongs touching the connectors at just the correct angle) you have a 50-50 chance that the idiot that designed the room put the lamp on a wall switch.  Turn off the lights at night, your phone never charges and you wake-up for a full day of work with a dead battery.  It’s long past time to ensure that all hotel rooms have a small, modern outlet strip mounted at each night table and at any work desk.

One of my readers wrote in to inform me that some US based Marriotts are going one step even further to prevent in-room charging of devices, and installing a master electrical switch by the entrance of their hotel rooms.  He believes this is in anticipation of a European style “keep your key in the slot” power saving feature (which he reminds us can be kept on with any old card – perhaps the first valuable use of a frequent-flyer card.)

The Jetway: How many times have you landed at an airport, taxied to your gate, and just sat there in a seemingly unending wait for 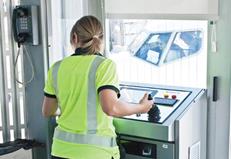 someone to drive the Jet Bridge to your plane so you can get off?  Or even better – when you do have an actual PBB driver at the gate but he or she can’t manage to get the darned thing to meet the airplane’s door appropriately.  This technology hasn’t been significantly updated since it was invented in the late 1950s.  It’s difficult to understand how we can now launch an unmanned rocket and have it automatically dock with the International Space Station, and many new autonomous vehicles can navigate our massive roadways, but we don’t have the technology to move a covered ramp automatically fifteen feet to an airplane door (even – as one reader reminds me – when it operates with an easily-automatable joystick.)  It’s time to bring some simple 1980’s or 1990’s modernization to this process, not even mentioning a pie-in-the-sky leap to a modern AI based system.

The Lies About Departure Time: Of course, the most annoying and preventable aspect of traveling that could easily be updated is knowing when your flight will actually take off.  We already know that all airlines consistently lie (as I blogged about in the past and again recently) but the lying in the face of obvious contrary facts is just unbelievable.  When the airlines knew our flight was going to be late in the 1980s (due to a late arriving aircraft) but still told us it was on time – well, that was shameful emotional manipulation even back then.  They’d announce a “ten minute delay” a few hours before the flight, then increment that delay up ten or fifteen minutes with every announcement as the clearly impossible departure time approached.   They must have believed that when they “broke it to us slowly” the news about a delay would go over easier.  Today however, when we can actually see all the data about arriving aircraft on our mobile devices, for the airlines to continue to knowingly lie about this is just outrageous.  As any frequent traveler knows, the airlines still treat their passengers like idiots and with such disdain that even the courtesy of telling the truth in the face of overwhelming evidence is beyond them.  The dated practice of just not being honest about the current status of a flight should really be retired as a relic – just like the beepers and dial-up modems.

Lastly, is there a reason that every bank for SMBs doesn’t offer an easy, automatable expense reporting system?  If there is, one of my readers can’t figure out why.  These banks can offer miles, points and other automatically calculated perks on each use, but somehow can’t make managing expenses any easier than in the 1970s?

If you have any dated annoyances you think should be added to the list let me know and I’ll add them to this blog.