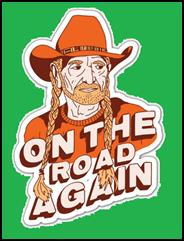 As I Promised the end of August found me back on the road in a significant way – a leisure trip to Vegas followed by a business trip to Indianapolis.  Below are a series of observations and comments to give you a sense of what I found at the various stops along the way.  I have to say it certainly wasn’t “normal”, but then again normal has been evolving rapidly for so long there is no way to know what was COVID related and what wasn’t.

Checking-in at EWR was its usual mixed bag.  A pop-up on the United app informed me that there is a new ‘speedy drop off’ for checked luggage by door 1 on level three.  It is a restricted option – not sure if it’s for Premier only or some other criteria, but I definitely saw people being turned away.  It had a very short line and took 5 minutes to check two bags – so bravo for that improvement.

My good feeling didn’t last long because I had to go through TSA security.  As I’ve blogged about before this new(ish) auto-tray system is just a disaster. 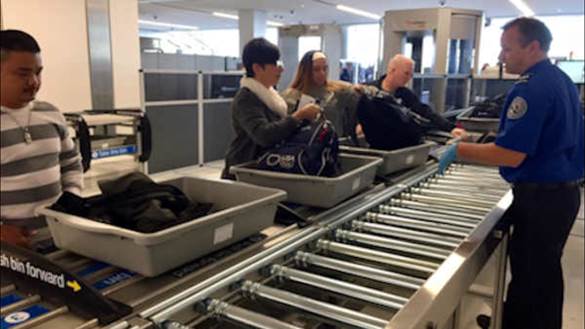 A TSA officer finally admitted to me that it works well only when things are slow, but when there are large lines (welcome to typical times at EWR) it is a disaster.  This trip’s brand-new problem for me was that the bins get jammed in the return stack-feeder, so no empty bins come out…and no people get through security.  Once that 15 minute delay was resolved, the TSA again pulled and field-stripped my bag – but this time it was the rollaboard (for no reason) instead of my usual briefcase (for no reason.)

Our gate this time was 112 – the absolute far end of the C2 wing – a gate that would make me furious that there is no nearby United Club to service it had I decided to keep my United Club membership.  Now that I saw the light and told United to shove it I didn’t care.  The flight to LAS was uneventful but packed to the gills – never any open seats on United anymore.  (What used to be six daily United flights running EWR-LAS are now four.)  The people traveling were 100% compliant with the mask requirements, but some on the flight didn’t put their masks back on quickly enough after sipping or chewing to prevent the FAs from reminding everyone.

Arriving at LAS seemed almost “typical.”  Only when looking through the airport to see some still closed shops and some powered-down banks of slot machines would one realize that we’re still recovering from a pandemic.  As far as Las Vegas itself is concerned, I had a lot of observations:

·      The COVID rates in Vegas are down dramatically from a few weeks ago.  It doesn’t even show as a hotspot on most maps anymore.

·      Most people are respecting the mask mandate.  100% of the employees and about 90% of the visitors are properly masked up.  The rest are flaunting it either by ignoring it or by walking around everywhere with a drink.  The resorts are enforcing the rules at most entrances.  Even outdoors over 50% of the people are still wearing masks.  Unfortunately, this all falls apart on Friday and Saturday nights, as sloshed idiots bring the masked percentage down to only about 75%.

·      The casinos were certainly busy Friday and Saturday night.  Vegas had record tourism numbers in July and August seems to be right along that trend as well.  Automotive traffic is near the worst I’ve seen it in the area.  In addition, the region is still trying to figure out how to manage events at the new Allegiant Stadium – like the Guns and Roses concert that happened while we were there.  They close multiple roads for a full day during events.  (Heaven forbid you’re staying at the Delano behind Mandalay Bay like we did as there is no way to drive to the hotel when this happens.  I’ve complained to their management that a hotel you can’t get to whenever the stadium is in use is far less useful than before.  Hopefully they’ll come up with a better plan.)  Honestly though, I’ve never been to Las Vegas when there wasn’t significant road construction, and this trip was no exception.

·      The pandemic rental car crisis seems to be over in this market, as we had no trouble renting and didn’t see anyone else with any.

·      We had planned to do most of our dining outdoors due to the Delta variant, but we felt safe enough to go to indoor restaurants occasionally.  It was a good mix.

·      Most of the buffets are closed – permanently I’m told. The properties there don’t feel the need for “loss leaders” anymore.  Exceptions include MGM, Excalibur, Wynn and a few others.  The Wynn buffet however now requires a reservation to be made, and then when you get there at your reservation time you still have to wait in the oxymoronic “Priority Seating Line” which is as long as their usual line used to be.  The reservations are just a way to cut down on those who are waiting, not a guaranteed seating time.  Also, at a ridiculous $75 per person, it’s definitely no loss-leader.

·      Throughout the city entertainment is coming back.  We saw a concert on Sunday, and there are ads for headliners all the way through to New Year’s Eve.  Many Cirq shows have reopened.  (Love reopened the weekend we were there.  Zumanity however is permanently closed.)

If you had or have plans to attend a business conference in Las Vegas from now to the end of the year I’d suggest getting a vaccine booster as soon as they are available, taking N95/KN95 masks with you and then feeling comfortable to go.  We felt pretty comfortable that we were safe.

That’s it for part one of this trip report.  Next week I’ll go into more details about the baggage disaster arriving home at EWR and the business trip part of my latest travel.