One of the interesting things about my career as a technology consultant is that I need to attend a lot of conferences - both to see and hear about products and services, and network with other professionals.  As conferences go, most of these are on the larger side – with 150K attendees for CES, 100K for NAB, 40K for InfoComm, and big numbers for LDI, Interop and a bunch of others.  Business travelers know that there is only one city in America that can adequately handle this number of attendees – Las Vegas.  So like it or not, I get to travel to Las Vegas more often than a gambler. 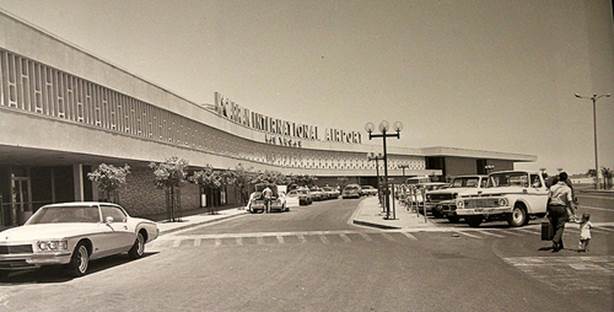 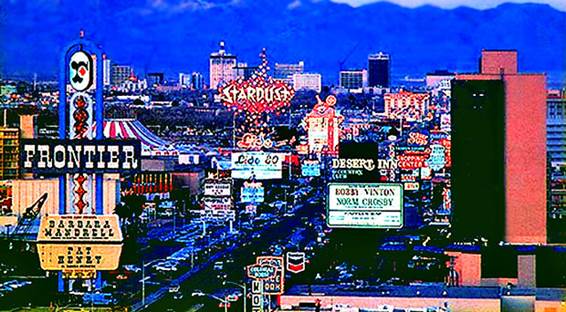 I began traveling there in the 1980s.  As the many conferences grew and became more popular more of them moved to this city - so my travel there has only increased.  During those decades the changes to this town have been enormous – and many have not made it better.

Vegas used to be a city built on gambling revenue – with everything else being a pull-in to get you to the casino.  Sure, there was good food / entertainment / services, but most of them were available at or below cost – as long as you spent time in the casino.  Steve Wynn changed all that with the Bellagio – Las Vegas’ first casino that made more than 50% of its revenue from non-gambling sources.  Soon after, the greedy corporations that now own most of The Strip properties realized that people would still come and gamble their money away even if you overcharged them for the rest of the experience.  The current environment is one where these corporations are still seeking the top of the mountain – how high can they raise their prices and overcharge before people stop coming.  The latest test of this upper limit came in June from MGM Resorts when they decided to charge for parking at all of their properties.  With some exemptions for very frequent gamblers and local residents, it will now cost you $10 a day to park at one of their casinos just to give them your money inside.  And in a stunning display of irony / insensitivity by the MGM folks, they have decided to rename the Monte Carlo resort “Park MGM” ostensibly because the adjacent arena complex they’ve built is called The Park.  No one will think of that when they hear the name – they’ll only think of how it now costs money to park there when it used to be free.   The current CEO of MGM Resorts seems to be completely out of touch with the feelings of his customers, and was recently quoted by Vegas Inc. as saying, “I’m not really sympathetic to somebody that says ‘I want everything free’ when we’re the ones spending the capital to build the amenities that are to the benefit of the tourists and the locals…”  He conveniently leaves-out that the activities inside his casinos are pouring money into his pockets, and are hardly free.

I used to find Las Vegas to be a lot of fun - with a lot of secret tips one could follow to stretch one’s travel dollars.  McCarran Airport used to be one of the few airline destinations that would automatically waive the “Saturday night stay” requirement on airfares.  If I needed to travel from the east coast to LA or San Francisco and back mid-week, and the fare was ~$800, I could route myself through Vegas for a night, leave for California the next morning and drop that fare to around $300.  It also used to be what I referred to as a “sleepy little airport” where I could (and did) drive to the terminal’s curbside check-in, pull-over to the curb, check my luggage (in the long gone days when I checked a bag), and then get back in and drive it to the rental car return.  All of that is history now.  McCarran is a zoo.  You have to get in a public bus and ride out of town to get your rental car.  Taxis and passenger vans triple-park in the airport lanes making passing-through nearly impossible.  And the airfares – whoa-boy, forget cheap.  Airline consolidation and other factors have driven this destination’s fares from major east-coast airports often up to … well … the stratosphere.

Years ago I used to advise fellow conference attendees to sign-up for the casino’s frequent gambler programs.  Spending a couple of twenties on the slot machines would move your name from the roles of the “hotel” side of the business to the “casino” side (as there was always two sets of room inventory and two price scales.)  Frequent visitors like me would often get offers in the mail for free rooms, free food, free shows, etc.   If you stayed at a property enough times one could even befriend (and hopefully appropriately tip) the hotel/casino staff who would help turn stays into wonderful experiences.  I took more than a handful of terrific family getaways at resorts in Las Vegas that cost me close to nothing – simply because of how frequently I’d be there and the very little bit of gambling I did when there.  While it’s still a good idea to sign-up and get onto the “casino player’s” list (mostly to get access to rooms if the property is sold out on the hotel side) forget all those free benefits.  Unless you are a real “whale” no one at the strip casinos could care less anymore.  There are a few lower-priced independent and/or local’s properties left, but they are usually either struggling financially or not a place where one would want to stay.

Las Vegas is also one of the towns that has fully embraced the visitor gouge known as Resort Fees.  In the guise of making things easier for their guests by bundling all costs together, the properties there now charge an additional daily fee for services such as free local calls, internet, newspapers, access to fitness rooms, etc.  The benefits vary from property to property as do the costs – usually ranging from an additional $20 to $40 (plus tax) per day.  The only resort on The Strip that has made their resort fees optional is The Wynn – where you can actually refuse to pay it if you don’t want the services – which is very admirable of them - until you realize that the internet costs they charge for two devices is more than the resort fee - so you wind up paying it anyway.  And in what has to be the height of hubris, MGM Resorts, which charges some of the highest resort fees in Las Vegas, didn’t include their recent parking charges in them.  That means if you stay at one of their properties, you have to pay the resort fee – which is supposed to have all their services bundled together ‘just for your convenience’ – and now the additional separate parking fee too.

I should also mention that along with all these rising costs are the prevalence of much “tighter” gaming machines on the casino floor.  Those couple of twenties I mentioned might have bought you a couple of hours of activity on slot machines that accepted actual nickels or quarters in the past, but they won’t last you ten minutes today.  Today’s gambling machines are mostly paper based, coin-free and in penny denominations.   This is to psychologically make you think you’re spending less, but in reality most of them have .50 - $1.50 minimum bets and maximum bets into the $3-$5 range (which is quite a number of pennies.)  Their payback is typically awful, making the counterintuitive almost always true as a rule of thumb - the newer a machine is, the more you have to bet and the worse the payback is.

So the next time you find yourself in Vegas for business you’ll have to do what I do – try hard to forget the past.  Paying $100-$200 per night for a great hotel room is perfectly reasonable for a normal business trip, and if you follow the tricks above you can usually still manage to get that kind of rate in Vegas.  You just have to force yourself to forget that only a few short years ago that same room would be $0-$50 and might come with free meals and show tickets.  Those days are as much in the dust as The Dunes, The Sands, The Desert Inn, The Riviera, and so many others. 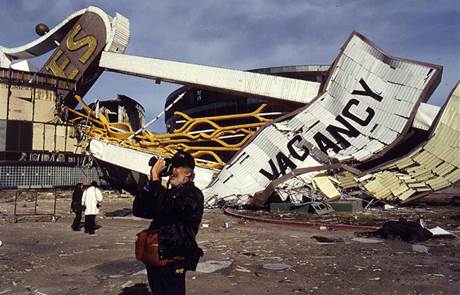 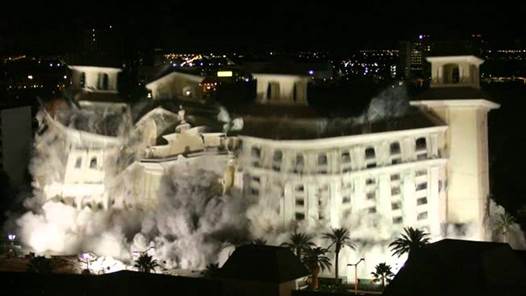 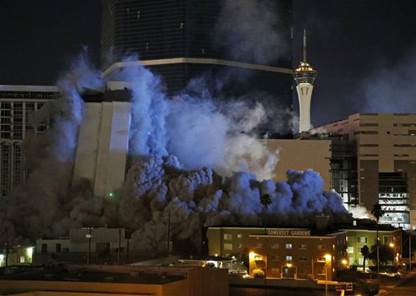