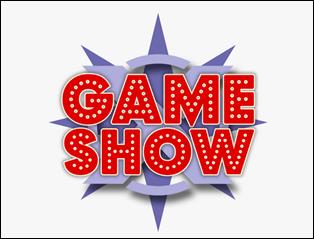 Sometimes you stay calm, sometimes you get angry, and sometimes you just have to laugh.  There have been plenty of times that I’ve been fuming and have ranted in these blogs about the evil and greedy management of the US airlines.  This is mostly because they are evil and greedy.  But this summer is different.  Sure, the entire pandemic approach to the airlines was totally wrong IMHO.  We should have let them fail and then done business with the more sane entities that would likely have grown from the ashes, but we didn’t.  We gave them billions in government bailouts so that they would keep staff at full levels…which they of course didn’t.  They used the money for bonuses, investments and whatever other frivolity they felt like.  As a result, we have the current summer crisis of short staff and poor service.  It’s as wild a time in the US airline industry as any of us have ever seen.

I don’t believe that the exceptionally poor service is due to malice in this case.  Yes, the airlines have often reduced services and removed perks with the lie that it was ‘an improvement our customers have asked for’ but in this case I think it’s more like the monster has simply grown too big for its handlers to manage. I don’t think that current airline management even understands what will happen on any given day.  (That was one reason I advocated for letting it all fail and rebuilding from scratch.)  Here are some recent examples of things that occurred that never or rarely happened before, many of which directly touched my family and I:

·    As I mentioned before, I’ve been upgraded on a bunch of flights this year.  As a ‘lowly’ million-miler on United, which affords me the now nearly worthless level of lifetime gold status, these upgrades rarely happened before.  If I’m getting upgraded, and if there was the time this year that both my wife and I were upgraded on a recent flight (with her being my ‘gifted’ gold member), that tells you that there are far fewer United Global Services, 1K and Platinum members flying…and THAT has to tell you a lot.

·    Delta was so behind in transporting luggage across the pond that they sent a plane back with no passengers – just luggage – to try to catch-up.

·    Airline fares are simply out of control – they make no sense at all.  First look at the $10K value that Delta placed on seats from Michigan to Minnesota (their offer to get eight volunteers to give-up their seats.)  Then take a look at what all the airlines want for coast-to-coast travel during the holiday season this year (~$900 - ~$1200 for coach seats on nearly empty planes.) And then, in comparison, look at today’s walk-up fares.  One would think with high fuel prices and multiple cancellations due to schedule reductions, walk-up fares would be soaring – yet I’ve been able to book essentially last-minute fares (with about a week to go) both domestically and internationally for under $400 each.  It is hard to believe that fare pricing could have gotten even more ridiculous than it already was, but they’ve managed to do that.

·    In the last three months my family members and I have traveled with checked bags.  About half the time the luggage comes out of a carousel other than the one the airline says it is coming out of.  My sons just stood at carousel 3 for an hour after midnight after a very late flight when the bags eventually came out of carousel 5 instead.  Also, one of their bags was reported to them as lost (not scanned at destination) when it had actually already come out.

·    Then there are the airports themselves…ugh.  If there was ever a gameshow in the travel experience, that’s it.  When will it open?  How long will it take to stop-and-go drive the last mile to the terminal?  What will the lines and waits be like?  Will there be a TSA Pre-Check line or not?  And of course, the big lottery question, how much will a bottle of water cost?

As I mentioned, I don’t think these instances are being done to passengers on purpose.  I think the airlines and air-travel-systems have simply grown too big for their management to handle.  In retrospect, most of the airline mergers / consolidations of the last ten or so years should probably have been blocked.  Not only have they obliterated most competition on direct routes, but they have created operations that are simply too large for the companies involved to effectively manage.

So, when you or I purchase that sub-$400 ticket this summer we need to consider it to be worth not much more than a lottery ticket.  Maybe we’ll make the flight, maybe we won’t.  Maybe we’ll be stranded in a city far away from home, maybe we’ll win a brand new car!