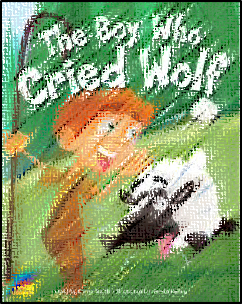 I assume we all know the story of The Boy Who Cried Wolf. The lesson that comes from that story is that when someone keeps telling us something that isn’t true we all tend to ignore them going forward.   That, in a nutshell, is the status of airline loyalty programs today.  Savvy travelers just tend to ignore everything the airlines tell us about how ‘important’ we are to them.

In fact, most of the airline statements now serve to have the opposite of their intended effect.  We’ve been bombarded with ‘airline-speak’ for so long that most of us immediately hear things completely differently.  When the airline tells us ‘we’ve made improvements’ we hear that as here come some awful changes.  When an agent or crewmember says ‘thank you for your loyalty’ it takes all of our strength to not unload on that individual with anger because of all the takeaways and the worsening of our flying experiences over the last few years.  We tend to not even hear what the airlines are trying to say anymore.

It is in that context I share with you the latest email offer from United: 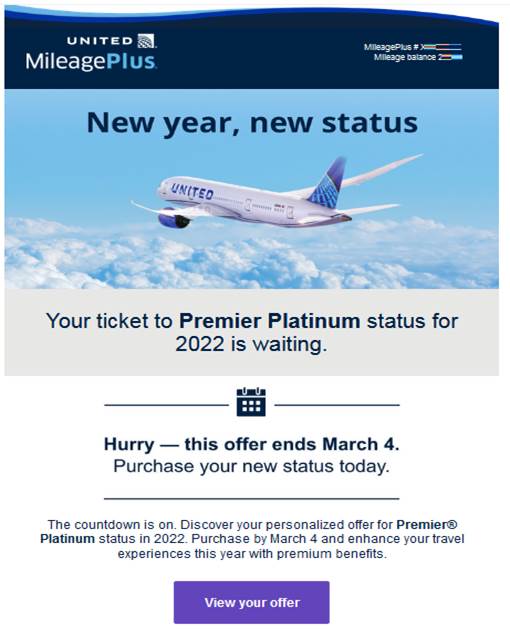 Someone at United must have thought that this was a great way to make some extra cash and give lower tier elite flyers the chance to buy-up.  Unfortunately, for someone like me, that’s not what it is at all.  It’s not even airline-speak to be ignored.  Rather, it’s admission of a crime and an insult.

As a United Million-Miler I often flew in less than ideal circumstances for decades – all with the promise of achieving the coveted lifetime Premier Executive status – only to find at the end of the quest that all I earned was the booby-prize of lifetime status at a lower tier with far lower benefits.  United was sued in court over this and won, with the judge stating (paraphrasing) that United was disingenuous and deceptive but that sadly wasn’t illegal.  The difference between my current Premier Gold and what is being offered to me above as Premier Platinum is quite simply the difference between just being on the upgrade list (like in the high teens or twenties) versus actually getting domestic upgrades once in a while.  There are other benefits that were also summarily removed of course, but that’s the big one.

Telling customers that have been loyal to you over decades that they don’t deserve what they’ve been promised is insulting enough.  But then telling us that the airline has decided to be ‘generous’ and let us buy the status we should have already earned – for a measly six-grand or so a year – is just another, unnecessary slap in the face.  It’s like someone breaking into your house and stealing your sofa, but then wanting to be perceived as a good guy for offering to sell it back to you.  It’s not a good thing for United.  Rather, it’s an unnecessary reminder that they are in fact a thief.

United is two CEOs’ past the evil Smisek regime that (amongst other crimes) stole these lifetime benefits from loyal customers.  If United really wanted to show loyalty to their historically best customers and generate interest in flying again to escape the low pandemic loads they would – with great fanfare – announce that they’ve restored these hard-earned lifetime benefits.  But even if that will never happen, someone in their ivory tower should realize that offering to sell to people something they stole from them will never be perceived as a positive thing.  It’s just crying wolf again, but in this case it’s even worse for United than being ignored for airline-speak, it’s actually sending-out an unnecessary reminder of their past crime.

Now that the COVID Omicron variant has waned, one of lingering symptoms seems to be forgetfulness.  The intelligent parts of society – that knew mask mandates and required vaccinations were the right thing to do with the COVID numbers where they were pre-Omicron – have suddenly decided that these steps are no longer necessary post-Omicron even though the numbers are exactly the same now as they were then.  As much as we would wish it, this isn’t the end of the pandemic.  It’s only the end of politicians ignoring the idiots that have been protesting against the science from day one – COVIDiots.  It is sadly politics over science and facts.  I reiterate – for the bazillionth time – if you want the best odds of staying alive get the vaccinations and please continue to wear an N95 or KN95 mask.  Do it for yourself, your family, and everyone else.