Crowdfunding, Luggage And Listening To Your Own Advice 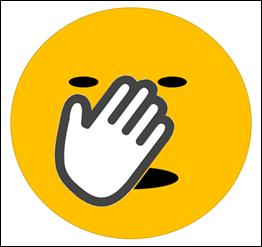 Don’t you just hate it when you don’t listen to your own advice and things get messed-up?  That drives me crazy!  Many years ago I wrote a business blog on the newfangled thing called “Crowdfunding.”  I explained that the new sites like Indiegogo and Kickstarter were really like legalized gambling, fraught with many dangers.  Sometimes the products announced never make it to market; sometimes they are simply fraudulent and were never going to make it to market; sometimes they are being used as a down-and-dirty e-commerce site by the manufacturer; and sometimes, they are just a bad idea.  I do occasionally buy and support things on these platforms – such as a movie I’d like to see made, a product I think is a good idea, etc.   However, I caution everyone I know to look very carefully at the listing and only commit money that you are willing to lose.  Its good advice…and even more so when I don’t follow it myself.

This blog is the story of me acting stupidly, but then having a happy ending anyway.  (As long as I’ve already called myself out as stupid there’s no need to change any of the other names to protect anyone.)

About a year ago I saw a video ad of a new type of luggage.  To me, it looked like a small rollaboard bag (the kind routinely called a mobile office) that could expand into a full-size carry-on bag.  Wow I thought, that seems innovative and useful.  The least expensive level to support the manufacturing of these and get one was $145 – which was about what I’d pay for a carry-on anyway – so I figured what the hell and clicked through the process of backing one.  (Little did I know at the time that just about every conclusion I made above was completely wrong, and completely my fault for not paying close attention.)

I waited the year, reading the typical, occasional updates from the manufacturer – like the manufacturing had a glitch and would be a bit later than expected, and/or the shipping to some areas was harder due to postage or customs or some such hiccup – nothing out of the ordinary for any new product.  Then, just two weeks ago, I finally received my box from the manufacturer.  Picture me explaining to my wife how in this box was something I bought a year ago for about a hundred and fifty bucks that would make me one of the first to try and test this innovative new convertible bag.  Then, in front of her, I opened the box to find….a shoulder bag.  Now it was a nice shoulder bag, but it wasn’t convertible, had no wheels, and (unless I was buying it to have an upscale label like a Tumi or similar) It was a bag I’d never pay more than $50 for.  To say I was disappointed, angry and embarrassed would be an understatement.

Here’s what went wrong.  The listing clearly showed the lowest level “perk” was for the shoulder bag, not the new item I was backing.  I do feel there should have been bold letters on the picture that said “this is not the new bag” (i.e. Warning: Lark’s Vomit), however the text – if I had read it carefully – clearly stated I wouldn’t be getting the new bag unless I picked a more expensive perk – about a hundred bucks more.  What happened was I saw and was mesmerized by the video about a year ago when I was in the middle of doing something else, thought I had the $150 to spare, made a rash decision, clicked it and filled out the form, then went back to whatever I was doing.  Completely my bad.

After receiving the shoulder bag I didn’t want, I posted a comment on the listing that I was disappointed by what I thought was a deceptive listing.  (What kind of firm lists a new product with videos and huge fanfare, and then offers something that looks similar at first glance but isn’t the new product?)  I asked how I could go about returning the shoulder bag I’d never have paid that much money for.  The manufacturer’s customer service responded, we traded emails, and at first got nowhere.  Then the customer service team put me in touch with their “Director of Operations.”  Thankfully, with no obligation to do so, he decided to make the situation right.  I shipped him the shoulder bag and he shipped me one of the new convertible products at no extra charge – clearly something he was under no obligation to do.

The bag, called a Rollux, is definitely innovative, but not what I expected at all.  It isn’t a “mobile office to carry-on” convertible, it’s a “carry-on to checked-bag” convertible.   (Yup – me again, I got that wrong too.) 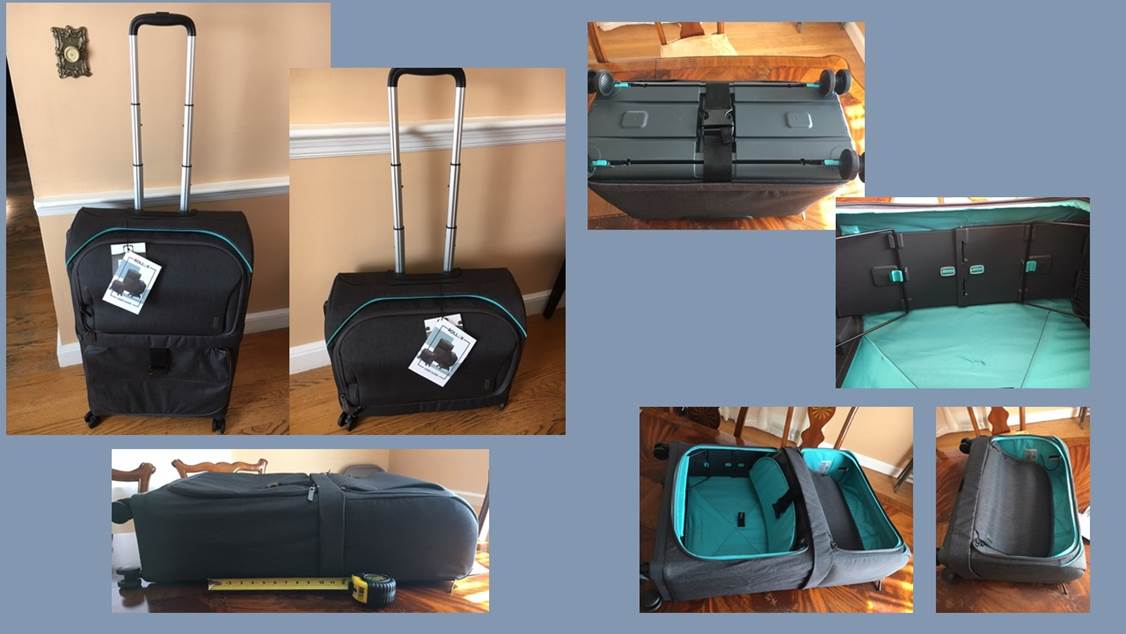 The idea is that you undo a strap that sits recessed on the outer bottom of the bag, pull out the extension compartment, attach four metal “stabilizer” bars inside the compartment, and then you have a full-size suitcase (all be it with two separated compartments.)

I can see the value in such a bag – like for when I attend a conference such as CES, when it’s guaranteed that I’ll have more stuff to take home than I brought with me.  I can unfortunately also see some possible drawbacks.  Now that I understand that the expanded size requires checking the bag, I don’t know if the metal stabilizers can withstand the heave-ho of the typical US ramp worker.  (One of the stabilizers came out as I first tried to use them.  It was in the collapsed position, not locked-in, and it went back in easily enough, but I’m not sure how many tosses onto the conveyer belt these would survive.  Then again, if the bag is fully and tightly packed the contents will help support the shape.)  Another problem I foresee is that my carry on contains items I’d never check (medicines, valuables, etc.)  If I suddenly decide to check it, I’d need another carry-on to bring these irreplaceable items with me.  For my use, it would almost make more sense for the collapsed section to become a completely separate bag that can be disconnected, checked, and then reattached for easy transport through an airport.  For people not as maniacal as I am about keeping their valuables with them at all times that’s probably less of an issue.  In addition to all that, after this bag rolls a few times through EWR, SFO, DEN, etc. I can imagine that exposed strap buckle might be a bit grody to handle.  I’ll have to do some experimenting to find out how useful the bag would be to me at all.

So the lessons I’ve learned here are simple:

1.  We should heed our own advice whenever we can

2.  Don’t spend money on a crowdfunding site unless you take the time to read it VERY carefully and are willing to essentially flush the investment you’re making if it doesn’t turn out how you expect

3.  Don’t blame the Rollux team for my mistakes – they went out of their way to “do the right thing” here

4.  This new bag may be very valuable in certain circumstances – the jury is still out on that

If anyone has experiences with this bag that they’d care to share with me I’ll be happy to put them into a follow-up blog.