I’m angry this morning.  Well, to be honest (a la Bruce Banner) I’m always (a bit) angry, but today it’s worse than usual.  I need to upgrade my mobile device, and it’s forcing me to make decisions I disagree with – and outright hate – but there’s nothing I can do.  I’ve held-out on a perfectly good old iPhone (6s) and perfectly good operating system (iOS 10), but now my travel and business partners are complicit in a scheme to overcharge me and have forced my hand.

To back-up and explain, I’ve been an iPhone user since about the second generation.  As a road warrior, I live on this device.  I use it for phone calls, video calls, calendar, email, instant messaging, flight bookings and boarding passes, hotel bookings and check-ins, and a couple of dozen additional productivity and time-killing apps.  It is the epitome of modern convenience.  (When I was a child I would daydream about a combination phone, radio, TV – I just imagined it to be much bigger than it eventually turned out to be.)  In today’s world I couldn’t live without my mobile device.

When Apple moved everyone to iOS 11 years ago, I didn’t budge.  I bought dozens of apps in the App Store over the years that would no longer work on iOS11.  Apple (to this day) blames the developers for not updating their apps.  I call BS on that.  I bought the phone from Apple, and paid money for each app – you got it – to Apple.  It’s impossible (or illegal) to buy apps for this device from anywhere else.  Apple is the sole vendor, and in my mind, they bear the sole responsibility for usability and warranty of what they sell.  Simply telling me that ‘the latest iOS upgrade will force you to discard all your past purchases’ – mind you, with no refund – is stealing.  (I’m frankly shocked that there hasn’t been a class action suit over this yet.)  I really didn’t care that much however, because if I didn’t update my operating system I wouldn’t have an issue. That worked for a while, but now my hand has been forced.

Hilton was the first complicit organization I ran into.  Intentionally or not, their app “required” an upgrade to keep working, and that upgrade was not iOS 10 compatible.  Crap.  Now my device / essential travel companion couldn’t help me with lodging anymore.  As a HHonors Diamond I complained, but it did no good.  (By the way, the Diamond Special Services email team is now a shadow of what it once was – and based upon the emails I recently exchanged with them it is clear they don’t have a great grasp of the English language.)  I moved a few bookings to Marriot as a protest, and just used the Hilton mobile web page when I needed info – which covered 80% of use cases.

Unfortunately, more firms then followed suit.  MS Outlook now “must” upgrade and is not backwards compatible, and a handful of other apps are now also complicit, and have given me that same notice – you “MUST” upgrade, and sorry, the upgrade is not compatible with your iOS.

Seeing the writing on the wall, I purchased a refurbished iPhone 7 (~$200 for a phone is fair, current prices for unneeded animojis and removal of the features I want like a home button is ridiculous.)  I updated the phone to the latest version of iOS (12.x) and transferred all of my content over.  It’s a painful but manageable process I’m almost done with.  (I’m going to keep my 6s on iOS 10 so I can use the programs for as long as I can – albeit on a second device.)

What I’m seeing on the new phone is just what I expected.  Many of the apps I use weekly are no longer compatible with this OS.  The question is, is it really a case of a “lazy developer not bothering to keep up” or is it something more nefarious?  Let’s take a look:

World Clock was a handy little app that showed clocks and the classic visual display of day/night in multiple time zones.  It’s incompatible with the new OS and there is no update for it.  There are some replacement apps that are not as good, and that I’d have to buy again – and those offer “in-app purchases” for additional features.  (Watch for that phrase again…)

it’s not compatible with the new OS.  That’s “Airport Maps” and “Gate Guru” that don’t work with the new OS – as well as one of my flight tracker apps.  Are there replacement apps for them – sure, I can “Get” them in the app-store, but again, they all come with “in-app purchases” to re-buy features I already bought in these now incompatible apps.

Here are a handful of games I play when waiting for flights, etc.  All of them purchased for cash, and all of them no longer compatible.  These include John Cleese’s Silly Walks game, a fun flight controller simulator, Dig-Dug, Centipede, and even United’s old “Optathlon” games app – as well as a number of others.  All purchased from apple, and useless now that I was forced to upgrade.  It’s almost like Apple is launching some game service that they want me to pay monthly for, and is removing most other options?  Hmmmm…. 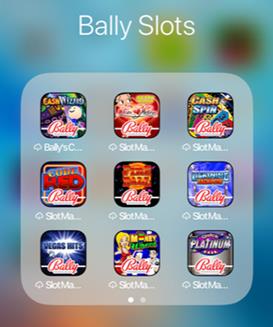 …And let’s not even talk about the evil involved in casino gaming simulations.  Here are a handful of replica casino slot machines I purchased as apps to play and just have fun with.  None of them are compatible.  Of course not.  Since these were sold to me, Apple and a handful of complicit companies realized people would actually pay for “coins” to play unregulated slot machines in unregulated on-line casinos in the app store – ones that charge you real money but never pay real money – only credits.  Apps (that are strangely still compatible with the new OS) with titles like High-5 Casino, myVegas, DoubleDown and Monopoly (just to name a few) let people pay for the privilege of playing on an ongoing basis to have this simulated “fun.”  Apple probably figures ‘why let people enjoy a game when you can charge them in the process.’

Before anyone points out that the game developers are the ones that charge for each “in-app purchase” let me remind everyone that Apple gets a cut of every transaction on the device.

So what we have here is a firm that forces you to buy all apps on a store they manage, one that selects which apps you can and can’t buy, one which choses to prevent old apps from operating in the new OS (with a likely easy to develop compatibility mode of course out of the question) and offers no refunds for prior purchases (from them) that no longer work because of their direct actions.  Again, I can’t understand why lawyers aren’t lined-up around the block to take this one on.

In my opinion, any firms that have “forced” users to upgrade their OS to this new version – one which removes the functionality of past purchases in favor of ones that need to be paid for on an ongoing basis – is complicit in this scheme.  Maybe they should lawyer-up too.  I think it’s only a matter of time.

This is definitely NOT what I daydreamed about as a child.  It’s probably more likely what antitrust lawyers dreamed about when they were kids.