1)      Since the incident described below Uber has made no attempt to contact me or reply to any of the emails sent to their Corp HQ, their NY operation or personally to their founder.  None of the issues raised below have been addressed in any way.  In addition, Uber was recently documented promising one thing but doing something else by CNN and a competitor.  Their people actually made over 5,000 prank phone calls to competitors requesting but then then cancelling rides. If you like your Uber experiences it is likely that you just haven’t had your bad one yet.  Give it time.

2)      After posting and tweeting the update above I finally received a reply to my email with an apology from Uber-NY, offering me a $15 credit.  They provided no explanation of how it could have happened, didn’t address any of the issues I raised, and didn’t say anything was done to prevent them in the future.  Not a $15 I’m going to spend… 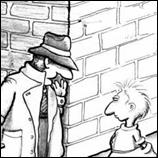 Us frequent travelers tend to stick with what we know works.  The thinking is that there will be no new challenges, no new unknowns and no new difficulties.  But every once in a while something new does come along that everyone seems to be trying.  iPads, four wheeled spinner bags, Waze – these are all things that someone had to try for the first time before they became the norm of our traveling routine.  That is what I was thinking when I finally capitulated to the peer-pressure to try Uber.  If you haven’t heard of it (what rock are you under) Uber (according to Wikipedia) is a “venture-funded startup and transportation network company based in San Francisco, California, that makes mobile apps that connect passengers with drivers of vehicles for hire and ridesharing services.”  Basically a passenger opens a smart phone application, requests a car and one shows up.  What could be easier?

I tried very hard not to succumb to the peer pressure.  My local New Jersey car-service is usually very reliable for airport rides, my firm’s Manhattan office is very close to a NYC Taxi stand, and my home airport (Newark) always has a sanctioned cab ready to go.  (Sure the cabs at EWR are filthy, broken-down wrecks driven by third-world rejects and dispatched by a crew that could be beaten by kittens in a battle of wits – but they’re always there.) Why would I need anything else?  Then last week happened.  I was already scheduled to lead a team video call at 9am for about two hours – which I was going to do from my home office – but I was then asked to meet with a potential new client in Manhattan.  That meant I would have to do a morning rush-hour commute to our Manhattan office, do my call, then head to the client.  It was going to be a very hot and humid typical New York August day.  If I took the subway from my office I’d arrive a sweaty mess.  Even if I walked the two blocks to the taxi line I’d get more disheveled than I wanted to be for a first impression.  So it seemed like the ideal time to finally cave to the pressure and have a car come and get me.  That morning, before leaving my house, I took the plunge.

I’ll tell you what, you can have your first taste on me…

Rather than admit to any of my colleagues that I was finally giving in to the peer-pressure, I did a Google search and easily found a $30 off your first ride code to use to sign up for the service.  I then loaded the iPhone app and verified my mobile number and email.  Everything went smoothly.  I could easily see all the available cars close to my home, and the many of them near my Manhattan office.  This was going to be an easy, convenient, free experience – just a breeze (which I guess as a frequent traveler, New Yorker and cynic should have been my first warning that something was terribly wrong…)

See how good it makes you feel…

When my call ended (at about 10:45am) I opened the Uber app and requested a car to pick me up on the 33rd street side of 1 Penn Plaza – there couldn’t be a more central building in New York.    After thinking about it for a few moments the app found me a car and said it was six minutes away.  It even gave me the car’s identification and the driver’s name.  A six minute ETA – wow!  I headed down to the lobby as giddy as a boy about to try his new toy truck for the first time.

Just ignore any people that give you warnings…

As I got to the lobby the ETA was shrinking – 5 minutes, 4 minutes, 3 minutes - but then for some reason it went up to 5 and then 6 again.  At 11:38 (making this car a half hour late already – but the trusty app still said it was six minutes away) the driver called and told me 33rd street was closed and he couldn't make it there.  Mind you, I had been watching traffic go by on 33rd street for a half hour.  At that moment yes, there was a truck backing into Madison Square Garden, but the street was only "closed" for about 2 minutes.   I asked the driver to wait till the street was open again – and he said he couldn't.  So instead I told him to swing around to the other side of the building – on 34th street - and I'd walk (inside the building) to the other entrance.  Fifteen minutes later and still nothing, so I used the trusty reliable Uber app (the one still saying six minutes away) to call the driver.  He told me he was just turning onto 34th street at that very moment.  Great, that’s only one minute away even if you’re a snail.   Nothing.  No sign of a driver or car.  He then called me five minutes later and told me "he wasn't being allowed to turn onto 34th street" and asked if I would walk a block or so to meet him.  So the call five minutes ago where he was “just turning” onto the block was clearly a lie.  I told the driver that if I had wanted to walk in the heat I would have just taken a taxi at the stand two blocks away – which is what I wound-up doing anyway.

Don’t worry, there are no serious side effects…

The whole point of actually trying Uber that day was to prevent me from having to walk in the heat before my now very late meeting with the new client I was trying to impress.  Now late and furious I ran to the taxi stand in and waited in line for the next taxi.  I wound up reaching my meeting disheveled, sweaty and about 45 minutes late.  I lost the business.

This episode raises serious questions about Uber and the smart-phone app it uses:

This stuff won’t cause you any problems…

After researching Uber for this blog I’ve learned that the fantasy ETA I experienced is only the tip of the iceberg for this service.  I had heard about the price gouging they defended as Storm Surge Pricing, but I hadn’t heard about the extortion tactics their drivers use to get good ratings or the crazy machinations their drivers have to go through to get accurate information.  Where is mainstream media’s coverage of this clearly unreliable and dangerous service?

So despite my seasoning as a business traveler I was duped into believing hype about a new service and have learned better of it.  If this blog helps even one person learn a lesson then my experience and lost client was worth it.  What is that lesson – why of course:

Just Say No To Uber