Things I Miss About Business Travel… 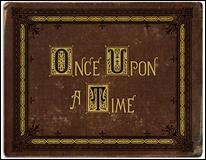 Walking through the airport this morning I looked at my smartphone and saw the empty seat next to me disappear.  Of course the plane is full, the airlines have cut back flights so much that every plane is full.  It started me thinking about how much I miss business travel the way it was years ago.  As an “elite” traveler I could walk up to the gate agent and politely ask if the seat next to me could be “blocked” so I’d have some more room.  Often times they’d block the whole row for me.  In those days people could typically fly at their convenience – with flights on the hour between most popular destinations.  Today, we fly at the airline’s convenience – whenever they feel they can sardine-in a full plane – with smaller seats and less room for baggage.

Now don’t get me wrong – I’m not one of those guys constantly crying about how much I miss the “good old days.”  I’m fully aware that advances in things like medicine and technology have made this point and time in history one of the best to be alive – and I appreciate how lucky I am just about every day – but the business travel experience today compared to ten or twenty years ago…well, just sucks.  Rather than dwell on the greed of the people in charge or the economic or societal conditions that lead to where we are, my thoughts today drifted to the things I just plain miss.  Some of them only made travel bearable or easier - while others made it a downright a fun experience.  Here’s what came to my mind (in no particular order.)

When my boys were very young we would sometimes travel the fifteen minutes to our local airport and spend time in the club for no reason at all.  They would grab some Milano cookies or name-brand chips and stand at the big window gazing at the big jets as they taxied out and zoomed-off into the horizon.  It was a fun way to pass a few hours, and certainly added to the value of club membership.  Now of course no one goes to the airport unless they absolutely have to.  You can’t get past security without a ticket or a special dispensation of some sort – and even if you could, the airport isn’t a fun place anymore.  Everyone you see there is pissed-off about something - like how they’re being treated as passengers, or how their management treats them as airline workers, or the fact that they have to be searched and prodded by security people that are overworked, underpaid (and generally underqualified to be working as security officers), or any one of a thousand other things.  Heck, even the name-brand packaged snacks are gone from the clubs, replaced by flavorless pita slices or crackers and soup and hummus that are so spiced-up that you could use them to start campfires.

While I’m on the subject of food, what in the world has led to the belief that if the airline food doesn’t burn a hole in your tongue that it’s not a quality meal?  The (very) few upgrades I’ve seen this year have really only carried the benefit of a larger seat.  I don’t drink on flights, and the food has been a selection of all the things I’d never eat if you paid me to – like peppers wrapped in cuscus with chili sauce…or blackened seafood pepper gumbo…or spicy beans in eggplant-ish froth with a hot barbecue drizzle.  Gosh, what ever happened to a piece of chicken or a steak?  Are people’s taste buds so deadened from smoking and/or the altitude that we need to light a chemical fire to inedible swill and pretend its dinner?  Definitely not the same as it was years ago.  Upgrades were always good for knowing that you’d be fed on the plane so you didn’t have to buy dinner at the airport.  Now you need to bring a sandwich if upgraded anyway just to ensure you have an edible meal that won’t set off the smoke alarms.

Speaking of upgrades, do you remember when you got them by using paper certificates – and on those occasions that the airline forgot to take the paper you could use them all over again.  That was definitely wayyyy better than the system the airlines use today.  Even without the forgetful/mistake the upgrade process was something the flyer controlled.  Now elite flyers have no control (unless we want to pay cash.)  All we get with the promise of “unlimited upgrades” is really unlimited placements on an upgrade list that never clears anyone but the people in position one or two.  Why should the airlines fulfill their promise of an upgrade to elite travelers if they can sell that seat for a handful of twenties to the next guy that checks-in on a kiosk?  The whole concept of upgrades, mileage earning, and mileage spending are a shadow of what they used to be.  “Rare” is the most accurate term to describe all of it nowadays.  Upgrades are rare, earning the amount of miles that we used to is rare, and getting a frequent-flyer-mileage ticket at the “saver” award level is rare - and I hate that they call them “saver” awards.  They should really call them “promised” or “advertised” redemption levels and call the other ones “gouged” redemption levels instead of “standard” – that’d be more accurate.

In addition, it’s not just the amenities and benefits that were better before today.  Moving through most airports used to be a breeze - as the floor moved for you.  All the futuristic movies and TV shows we saw with moving walkways were apparently overly optimistic.  Airlines and airports are removing those conveniences for weary travelers and replacing them with more concessions stuck right in the way of where we want to walk.  Even getting to the gate isn’t as easy as it used to be.

So the next time you are traveling through an airport, think about all the things that are not as good as they used to be and send me a note.  I’ll add them into a future blog – and we can all keep hoping that the industry has finally hit bottom on passenger experience.