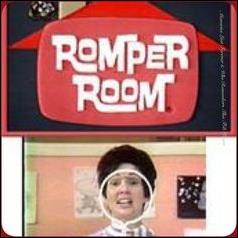 When I was growing up I learned some very important lessons from many different places.  Sure, my parents were there to guide me, and many other adults as well, but one of the most important lessons came from a TV show called Romper Room.  I was a “Do-Be” of course, learning at a very early age that the golden rule – treating others the way you want to be treated – was the right way to live.  While I continued to learn important life lessons from many different sources, I understood that they were all ultimately just forms of the golden rule.  When I had a decision to make in life, it always came back to “doing the right thing” being the correct decision to make.  Like most people, I understand that “It’s never wrong to do the right thing”…and then, we have ex United CEO Jeff Smisek.

If you haven’t heard by now, the former CEO of United Airlines left / was removed from his position this week.  This article details his ouster and his turbulent tenure at the helm of what we all now have to admit is a disaster of a merger between two once proud airlines.  Over the coming weeks analysts and reporters can and will dissect what happened at United – a case that will now clearly be taught in business schools as the perfect example of ‘what not to do’ when merging two companies.  In reality though, the clear reason for his overwhelming failure was just ignoring the golden rule.

Seemingly every decision this ex-CEO made was not held up to that most important question – “what would be the right thing to do.”

·       If they made a gradual transition between the firms, people would give them the time to make the changes that might be needed.  But if the CEO gets in front of everyone immediately and takes personal responsibility for “changes people will like” he will get lots of attention to feed his narcissism.  The right thing to do was take it slow – he did the opposite.

·       If they slammed the two passenger systems together rapidly it might make the pain go away faster, but it would be a disaster for customers and the customer service agents that are meant to help them.  The right thing to do was prevent the nightmare for staff and customers – he did the opposite.

·       If they used the less capable Continental computer systems they’ll save money as they owned them, but if they use the more capable and more functional United systems there’d be no passenger impact and the front-line service teams wouldn’t have to learn an outdated, DOS based interface that will slow every task to a crawl and turn simple support into a nightmare.  The right thing to do was use the more capable system – he did the opposite.

·       If they begin to build bridges between the sCO and sUA teams, energizing everyone behind the merged entity, they will grow the needed camaraderie and culture to take the airline into the future.  If they keep and in fact foster the divisiveness that (still) exists between the two workforces they can use the distraction to delay expensive employee contracts and divert attention from the real issues.  The right thing to do was quickly build a winning culture – he did the opposite.

·       If they outsource much of their operations staff it will throw many loyal, dedicated employees out of work, greatly reducing the quality and efficiency of services and tasks performed, but it might save a few pennies and make Wall Street analysts like them more.  Not outsourcing would also keep a promise made in pre-merger testimony to the US congress.  The right thing to do was keep the promise and keep the people that were dedicated to the airline – he did the opposite.

Anyone familiar with the past few years of United Airlines knows tons more examples of simply doing the wrong thing.  If it was petty, cheap and or pandering to analysts then this CEO did it.  If it was in favor of the customer or employee or just a genuinely good thing then this CEO didn’t do it.  The only “flyer friendly” thing United did was lie about being flyer friendly.

Ultimately however, this CEO was not done in by any of the flyer, employee or business unfriendly things he did, but by his actions in a far different arena – politics.  The underlying issue though was exactly the same.

·       If a petty local politician tries to make your airline add a money-losing flight into its schedule in order to buy his support for cost reductions at an airport he is supposed to be operating in the public interest you can capitulate to the corruption or you can refuse to participate in an unlawful exercise and maintain your fiduciary responsibility to your shareholders.  The right thing to do was refuse to participate in a clearly illegal bargain – he did the opposite.

With the ouster of this CEO some hope has returned to the staff and customers of United Airlines.  The question remains though if the new CEO has the desire or the will to begin to right the ship.  Many people have made suggestions what to do first. (Here’s a good list I agree with.) The underlying problems remain at United, as they were never addressed since the merger:

·       The underlying computer systems were and still are the wrong choice for a global airline – they need to be replaced, not patched

·       High-paying passengers have fled United where possible, leaving only angry “hub captives” that would jump in a minute if they could

·       The quality of the ground and air products are dreadful, as it was compromised every time a penny could be saved

·       The reliability of operations is non-existent for many reasons, including age of planes, disrespected employees, outsourced employees, etc.

One can only hope that the ouster of a CEO clearly not suited for the tasks needed will finally be the beginning of changes we will like, and not just more of the same …