Putting The “EW” Into EWR 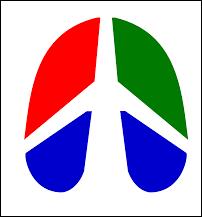 After one of my too many tweets about a terrible flight home last week someone replied and ask why I put up with my airline and don’t just switch.  Why do I allow them to give me “confirmable upgrade” certificates that they repeatedly refuse to honor?  Why do I sit in tiny, cramped “slimline” seats with useless mesh pockets and sit waiting-out the constant mechanical delays.  These are certainly fair - if somewhat uninformed - questions.   I live a fifteen minute drive from Newark Airport.  What was once a convenience – living near “New York’s Best Kept Secret” as they used to call it, is now a sentence.  I’m a “hub-captive” to the terrible experiences of flying my local airline.  Years ago, when Continental’s Gordon Bethune made flying their airline miserable I switched to United, happy to connect and be treated with respect instead of flying directly on a carrier that didn’t appreciate my patronage.  I had a choice.  But when the two airlines merged (and all of the other airline consolidation took place) my options were drastically reduced.  Unless I move somewhere else it doesn’t make economic or practical sense to fly any other airline.  Taxi fares to JFK or LaGuardia from my home run in the hundreds of dollars, and more importantly, can take two or more hours.  Unless I move, I’m stuck on the airline that takes lying and passenger mistreatment to an art form – the friendly skies indeed.  In addition to dealing with the awful flights, I’m stuck leaving from and going home to Newark Airport.  Just about everything that’s been done at this airport - including things touted as improvements - have made the experience much worse.  Look at their logo above.  If it reminds you of a part of the human anatomy, the reference - as it relates to the people responsible for all the recent changes - is not that far off.

Let’s start with just getting in and out.  Newark terminal C has installed new security checkpoints patterned 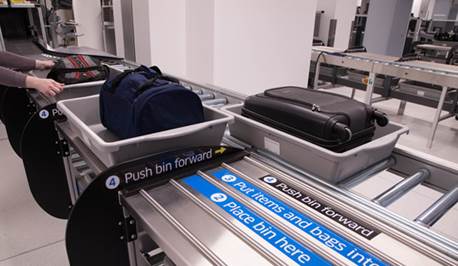 after those used internationally.  One puts their bag in a bin and pushes it forward.  It’s apparently a great system elsewhere, and it works fine here, except when there is a long line (which is always.)   Each loading point has four positions.  Unless you’re in the last (furthest) one you have to wait for an opening to push your bin forward.  Of course, there is no opening – ever, so a TSA employee needs to stand there and play traffic-cop over the four positions.  That’s an additional security person to service an automated system - not less people, not faster – which makes the whole change pointless from a speed perspective.

One other tangible result of all these changes is that there is now only one exit out of terminal C – near the C2 wing.  Passengers used to be able to exit at all the checkpoints - C1, C2 and C3.  Now the entire flow of passengers has to walk over to just one exit – past the people just coming in through security – creating ridiculous and unnecessary new bottlenecks across the main corridor, and forcing people to go way out of their way to leave the airport.  (As I published this blog a second exit – at the C3 security checkpoint – seems to have been opened.  While I’m relieved to find out that a single exit might not be the final plan, this still doesn’t help those landing in the C1 wing.  You try walking from gate C98 to the exit near C2 security after a long day of business and traveling and see if you think it is a reasonable experience.)

Just walking around Terminal C to the gates is now also much more of a chore than it was in years past.  We used to be able to use moving walkways to speed up the journey, and ease the burden for elderly or handicapped travelers, or just help tired people drag their bags.  Those are long gone.  But to add insult to injury, they have been replaced with bars.  Smack-dab in the middle of the terminal, where one would walk to one’s gate, there are now pop-up restaurants and bars.  Firstly, this again creates bottlenecks that make getting through the terminal quickly impossible.  The corridors – originally sized for the flow of people that need it – are now cut by over half.  Try walking past a bathroom next to one of these bars without bumping into someone.  It can’t be done.  Secondly, if you find yourself on the side of the terminal with even gates, and you need an odd gate, or if you need to go to a bathroom that’s on the other side, you have to now walk around the bar.  These aren’t ‘conveniences’ or ‘improvements,’ they are inconveniences meant to get you to spend more money while at the airport.  Whose idea are they?  Well, if you go to one you can spend cash or United Mileage Plus miles.  That should tell you who’s profiting from these inconveniences.

If you do need to buy a snack or something to take on the flight, be prepared to spend a lot of money on a very high-end choice.  The simple chips, snacks, drinks that used to be available in the convenience stores are now gone – as are the simple convenience stores.  They’ve all now been patterned after high-end bistros and gourmet markets.  Is that an improvement?  I suppose that’s a matter of perspective, but if you wanted to buy a bag of Wise/Lays potato chips or Chex mix forget it.  You can only find a gourmet brand for a price that can get you a case of chips at your grocery store.   And, many of these stores now want you to use self-checkout kiosks instead of providing people to help.  If you want to get your kids a burger or chicken sandwich at the McDonalds there, forget it – it’s long gone.  You can pay triple those prices for a Smashburger if you’d like.  Less service, gourmet and/or high-end brands, much higher prices. 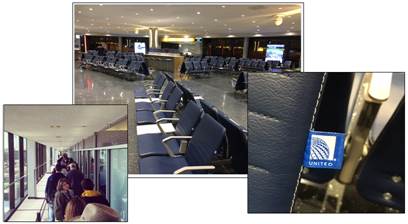 Of course, terminal C is a paradise compared to flights out of terminal A.  The security lines in Terminal A are configured lengthwise down what used to be corridors.  Pre-check is not provided for an unexplainable reason, so all you get is a card that lets you keep your belt and shoes on.  Whatever background check that cleared you to fly as a trusted traveler one terminal over apparently doesn’t apply there.  You have to unpack liquids and computers just like everybody else.  And, if you happen to have a connection between terminal A and C then you get to experience the modern convenience of walking down metal stairs to a bus that rides on the tarmac between wings.  There are some real improvements at terminal A though.  The gate areas in Terminal A2 have finally been rebuilt, and look clean and neat.  But if you look closely at the chairs you can again see who is truly responsible for your EWR experiences – despite them blaming the Port Authority for everything there.

So who is to blame for the sad and customer unfriendly designs there?  Who put the “EW” into the EWR experience?  To answer, I draw your attention to some recent NY Times reporting reminding us of the illegal relationship between the Port Authority and United’s ex-CEO.  Apparently, nothing will be done to take-back any of the enormous executive pay he received, despite his and the airlines reportedly illegal actions, because (quoting the article) “clawing back severance awarded to executives amid a bribery investigation is not industry practice.  And if United pursued such a recovery, the airline would be an outlier and unable to hire good people.”  The airline management wants the right to give excessive awards to executives – even criminal ex-executives – as they continue to make the flying experience miserable by shrinking seats, removing benefits, failing to honor existing benefits and raking-in excessive profits.

Now you know who is responsible for the “EW.”