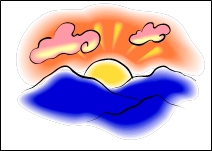 2013 is in its final days and will soon be only a memory.  As you might recall, some people believed the Mayans and thought this year would never even happen.  Thankfully the Mayans were wrong (or at least incorrectly interpreted) and we’re all still here.  But there are many things that we have in fact said “Goodbye Forever” to, and 2013 certainly added to the list.

For example, when was the last time you went to the video rental store to get a movie to watch; or put your name on a waiting list for a popular title; or waited in a long Friday night line to check-out your movie selections?  Between firms like Netflix and Amazon mailing DVDs to our homes and streaming them to us on demand, and cable television systems upgrading their systems to be able to deliver on-demand content, we just no longer have a need to patronize neighborhood stores for video content.  Well, if you hadn’t noticed, the stores are not there anymore.  Blockbuster closed its last few stores in 2013.  Renting a DVD (or heaven forbid – a videocassette) at a store is history – technology has changed our behavior forever.  Goodbye video rental stores.

As I mentioned earlier this year, improvements in technology don’t always improve customer experiences.  The airline industry, for example, uses technology to squeeze customers out of every dime they can.  As a pretty moderate frequent flyer myself (Premier Platinum) the airline I fly (United) promises me free first class upgrades if seats are available “as early as 72 hours / 3 days” before my flight is scheduled to leave.  How many upgrades did I see in 2013 at that 72 hour point – ZERO.  Nowadays, United makes that hollow promise to our face (and on their website) but in reality uses improvements in technology to try to sell that available seat to every passenger that checks in for the flight.  Only if no one buys it, or is expected to buy it, will United actually give me that free upgrade – and it’s likely to be only just before I board if I’m very lucky, or after I’ve boarded (and already found nearby room for my carry-on) if I’m not.   2013 saw the end of the “advanced, free upgrade” for the US based frequent traveler.  (How are these policies helping United’s bottom line you might ask?  Duh, they’re not.  Data shows that United is losing 300,000 customers a month due to their customer unfriendly policies – all masked in an ironic revival of the “Friendly Skies” marketing campaign.)   Most of the major US carriers are now looking to monetize the perks that were previously given as a reward for loyalty.  Add to that the carriers’ decision to switch to thinner, less comfortable seats, and the perspective clearly shows both the beginning of the end of comfort for the frequent flyer and the beginning of the end of passenger loyalty. Goodbye free, advance upgrades.

2013 also marks the beginning of the end of the Blackberry mobile device.  Once so popular and addictive it was known as a “Crackberry,” RIM has fallen apart so much that very few can imagine its survival.  Even its co-founder and former CEO has abandoned plans to help revive it.   There are some great articles on why something so popular failed so miserably in the end.  Most believe that any firm that does not have the ability to pivot – to adapt to a changing market even if it forces a change in that firm’s core product – will surely fade away as soon as a more nimble firm comes along to change the game.  Goodbye Blackberries.

Another technology death that many didn’t even realize was that of the home stereo system.  When I was a young adult I can clearly remember the first time I could afford an all-in-one stereo system.  It had two outrageously heavy speakers, a receiver/amplifier, a turntable, a cassette deck and an aux input (just in case some new technology came along that I’d want to add to it – or be really adventurous and connect it to my TV.)  That standard of our technology lives gave way to the portable, all-in-one system, which gave way to much smaller, high-end component – mini stereo systems.  Well, those are mostly gone too.  Today (with the exception of home theater systems that use very small surround-sound speakers and a subwoofer) most people use a small, amplified speaker with an iPod dock as our home stereo – that is unless you’re under 25.  For that generation a personal stereo system means computers, iTunes, Pandora and miniature powered speakers.  Goodbye home stereo systems.

Here is my wish for you that 2014 brings you only changes you like, and that you stay nimble in adapting to them.  As they say, keep your seat-belts fastened as it gets pretty bumpy from here. For today though, join me in saying goodbye forever to the things of our past – just more old acquaintances that should be forgot and never brought to mind.