For Better or Worse? 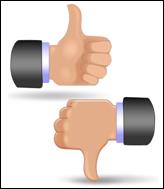 I’m the kind of person that gets really frustrated – even aggravated - if I’m driving a car and have no idea where I am or where I’m supposed to go.  The good news is I can barely remember the last time I got worked-up about that.  About eight to ten years ago the world saw the introduction of mobile GPS devices that cost in the one to two hundred buck range.  At that point there wasn’t a reason not to have one.  And now that it’s just an app on a smartphone the reality is that no one will ever feel “lost” in a modern city again.  The advancement in technology forever changed things for the better.  That’s the “social compact” that we have all come to expect – things improve as time passes.  People get smarter, technology improves, organizations streamline and learn from past mistakes, etc.  In light of that, the question I received in an email last week really made me stop and think.  What the heck happened to the airline industry?  Why are people’s experiences with alternatives to travel (like conferencing and collaboration tools) steadily improving while experiences flying somewhere are at just about their worst point ever and continuing to steadily decline?

It’s not as cut-and-dry an answer as you might think.  Obviously commercial air travel was severely impacted by the events of 9/11.  Many poor experiences can be blamed on the need for increased security.  While I won’t debate those issues in this blog it is certainly fair at some point to examine how successful the entire TSA operation is and has been since its creation.  I flew quite a bit before the TSA ever existed and it dawns on me that where really good security existed it didn’t look like what we have today.  The couple of times I flew through Tel Aviv (arguably a significant terrorist target) I don’t remember grannies being strip-searched or me having to pull anything with a plug out of my bag.  The few times I flew out of Honolulu it was clear that NOBODY was getting out of that state with a banana or any other piece of fruit in their bag.  (If you ask me, that security team should have been put in charge of the rest of the country.)  And while the new Pre-Check program is a really good start, it’s only great when it actually works.  I and other frequent travelers have no idea what to do when the glorious three beeps don’t happen.  The airlines point you to the TSA, the TSA points you to the airlines, the guards say “it’s not supposed to work every time”, and the airline agents say that you have to make sure that your ticket and boarding pass match your TSA registered name EXACTLY (because Mr. David Danto is a trusted traveler, but David Danto is an unknown possible troublemaker.  The Hawaiian fruit police and the Israelis would recognize the variation I assure you.)

Still, putting aside the burden of security, current US airline management have had a tremendous role in in making flying experiences miserable.  One only has to review the still humorous “If Airlines Sold Paint” to understand how convoluted and ridiculous air-travel pricing schemes are today.  I can’t think of another industry that sees its customers as the “opponent” (if not the outright “enemy” with some companies.)  If they can get you to pay more for something they’re selling, regardless of what they sold it to the other guy for, they think it’s a win.  Fifteen years ago, if you bought an airline ticket and the price subsequently dropped you could get a refund of the balance.  Nowadays you can too – but if your $600 ticket is now available for $450 and you want a refund of the difference you’d owe the airline $50 (the 150 minus the 200 change fee.)  Many people have called on the airlines to simplify the silliness and level-out ticket and service pricing, but the advice falls on deaf ears.  The convoluted pricing also leads to a pretty unique situation in business – the industry has to produce less product to artificially increase demand and keep value high.  That’s correct, they have to fly less planes, have less seats available, so that the demand for them will always be higher than the supply.  Remember those empty seats we used to see on flights?  Remember those full schedules of flights to choose from?  Forget them – they’re all gone.  For the most part US airlines only fly aircraft on routes and at times when there are more people than seats.  While the packed aircraft has definitely removed some comfort, that’s only half of the issue.  Availability is generally so tight that any glitch throws the air-travel system into total meltdown.  If a flight is cancelled there just aren’t a hundred available seats in the system to re-accommodate the newly burdened travelers.

While technology improvements generally improve customer experiences in most businesses, in the airline industry they are leveraged to make more money through the reduction of the customer experience.  One example of this includes the new thinner, smaller seats we’re all going to start seeing on airlines.  They feel awful to sit in for any length of time, but because it means airlines can fit more seats onto their aircraft expect more discomfort to be the norm.  Another example is how improvements in airlines’ data management allow them to better segment and classify their customers.  If they think you can afford more miles for a reward they’ll likely charge you more miles.  If they think that one person might pay $200 for an upgrade on check-in but someone else might pay $400 don’t be surprised to find those being the actual offers for the same upgrade.

Another airline “technology improvement” that has been implemented despite the public’s hatred for it is the Regional Jet.  This is something that the US airline industry is head-over-heels in love with despite its all but destruction of modern air travel.  These tiny planes were originally intended to add coverage for short distance routes to an airline network.  New York City to Albany, Chicago to Peoria, Los Angeles to San Francisco – those are typical of the sweet-spot.  A person would put-up with the flight just as they would put up with a short (but more comfortable) ride on a bus.  But never one to avoid making a good thing bad, the US airline industry saw the far cheaper cost base of flying these (less fuel, less crew, cheaper pilots with their affiliate companies, lower capacity / increased demand) and has started flying them everywhere.  Think of spending three plus hours in one of these -from Houston or Denver to Toronto…or from New York to Austin…or from San Francisco to Kansas City - and you begin to get the picture.  But forget for a moment how darned uncomfortable it is to be on one and how generally pitiful the experience of it is – from walking out onto the tarmac in many cases and climbing up stairs in whatever the weather, to shoehorning yourself into a seat, all the way to the interminable wait on the tarmac (or even worse hugging the walls of the jetway) to retrieve your carry-on bag.  Forget all of that.  All one needs is a logical understanding of time and space to realize how this is a disaster.  Airports can only handle a fixed number of take-offs and landings per day / hour / minute.  Let’s do some rounding to illustrate the point.  Let’s assume an airport can handle 200 take-offs per hour, and that a “mainline” (regular) jet aircraft averages 150 passengers and a regional jet averages about 50 passengers.  With the generally accepted current ratio of about 50% regional service, our fictitious airport will move 20K passengers per hour.  Before regional jets, our same fictitious airport moved 30K passengers per hour.  What is happening to those other ten thousand people per hour (or whatever the actual number is)?  Well, they’re probably some combination of waiting in line to take-off, late, miserable, cranky, angry – and all looking for alternatives to air travel.

At the same time airline management have done their darndest to make people miserable, the collaboration industry has 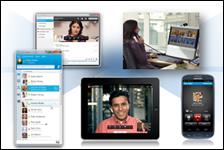 leveraged technology improvements to give us real alternatives to business travel.  We generally still have to fly to visit clients, but maybe not for every meeting – and we definitely don’t have to fly for every internal meeting.  Collaboration tools are more reliable, higher quality and less expensive across the board.  You can now share PC desktops, see your colleagues and significantly contribute to meetings from wherever you happen to be. Not only can we save the expense and misery of the actual flights, but we can spare ourselves of the groping and grabbing of the TSA and the hours spent traveling to the airport and waiting for the flight.

The US airline industry is going to be chasing revenue and profit down the death spiral until someone wakes-up and again applies normal business sense to the products and services they offer.  What would that look like?  The same as it looks like in any business:

Will any of that ever happen?  I don’t know.  I architect and design the collaboration technologies that people use as an alternative, so I don’t really mind the US airlines shooting themselves in the foot – that is of course until I have to fly, then I suffer right along with everyone else.