Traveling In The Face Of Dumb 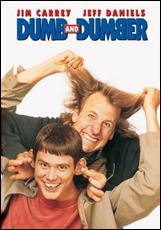 I don’t like to throw around words like ‘stupid’ and ‘dumb’ very often, but sometimes there are no other accurate choices.  Frequent travelers are facing down way too much ‘dumb’ lately.  I just completed my last Las Vegas business trip before the big CES conference in January, and the experience included assaults from one dumb decision after another.  One wants to hang signs that say “Really?  What were you thinking?” on so many of them that it would probably be cost effective to print small stickers to carry around just for that purpose.

Of course, United Airlines is one of the biggest culprits of not thinking things out.  When arriving at the airport and getting through the sheer insanity of the TSA, the United Club is meant to be a place for paid members to relax for a short while and get ready for a flight.   Not anymore.  Early in November club members received the following email: 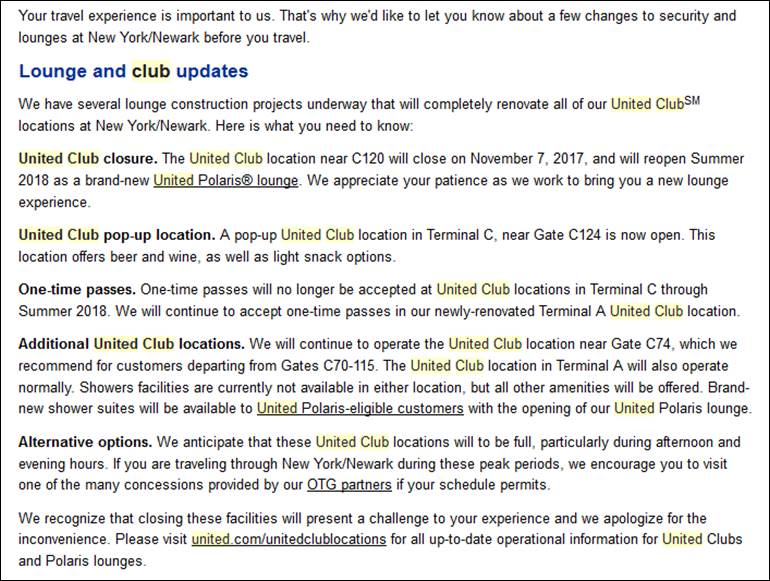 Huh?  If I read this right – to paraphrase – ‘the club experience I’ve paid for is being redesigned so that the new locations will have less room for regular members and more room for paid business and first class travelers.  Temporarily though, all travelers will have less room.  If that bothers me then I can avoid going to the clubs I paid for and instead visit a restaurant I have to pay for again.’  Huh?  Someone approved that message to send to members?  Not even discussing the topics I covered in the past of offering club passes then not accepting them, and how awful many of the new concessions 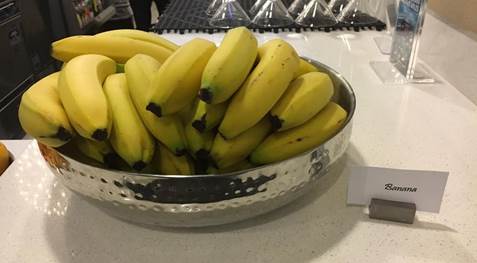 are for travelers, this is a statement that says ‘we’re offering less of the service you paid for now and going forward’ but then doesn’t offer a refund for this lesser service.  Huh?  Either they’re team is really, really dumb, or they think their customers are.  As you can imagine (if you have any sense at all) the Terminal C Newark club that’s still open is now a zoo, with – in the words of the check-in agent there, “270 seats added but you would hardly notice” – meaning there is nowhere to sit down and eat/work/rest.  Soft seating was removed, and smaller hard chairs and tables have been put everywhere.  What was already a crowded, inadequate experience is now doubly so – and it’s anything but relaxing.  One would think that the people who run the clubs would understand how crazy this is – especially in light of their crack ability to recognize and label bananas for the .000000000001% of people who might think they are possibly thick, cold spaghetti or flat and long tennis balls.  (See this picture actually taken from the SFO club last week.)  However, they apparently don’t recognize how dumb it is to reduce services for paid members without offering any refunds.  At least this time they bothered to contact their customers.  Last year they pulled this stupidity without even letting anyone know in advance.

My trip continued when I boarded one of the very rare aircraft that actually still had an IFE system.  (Most domestic United flights now have entertainment available only on personal devices.)  In this instance however, some of the screens were not working properly, so the FAs rebooted the system.  This resulted in the following screen: 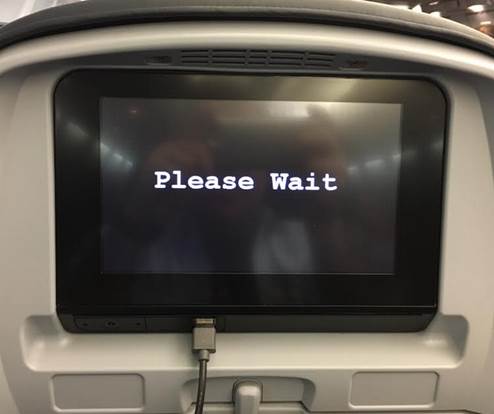 “Please Wait?”  Um, what the heck else am I going to do – walk off the plane?  I’d love to meet the Einstein that though this message was either necessary or appropriate.  It is another tiny example of people not thinking things through.  If any message was needed at all a simple “system rebooting” notice would have done the job without reminding passengers how much of air travel is a barrage of having to wait.

Upon landing in Las Vegas I discovered another act of genius.  I can just imagine the conversation that led to this plan:

‘Hey boss, you know that big rotunda we have in the airport?’

‘You mean the one where tens of thousands of passengers walk through every day to get to the shuttles, or from the shuttles to their gates?’

‘Yeah that one.  Why don’t we block the whole area with upscale stores selling electronics at double their value, leaving only small corridors that the passengers have to pass through.”

“That’s a great idea!  We can clog-up a major point of passenger flow and at the same time make more money selling overpriced junk!”

Yup, that’s right.  Here is another airport trying to monetize open space at the expense of passengers that need to get to where they’re going.  We’ll never see the end of these until someone stands up and explains that we the public own these airports, and we should stop letting bean-counters find new ways of making money at our expense.

I wish the “dumb” was just limited to the airlines.  Unfortunately it of course extends to the hotel and casino properties here.  As I’ve detailed before, these are the companies that charge upwards of $40 per day on resort fees that they claim are ‘a convenience to guests’ which bundle together all the individual services that used to be charged for – like internet, local calls, newspapers, water, etc.  Then – with a straight face – they decide they are now going to charge you for parking in their garages.  Anyone with half a brain asks ‘if I’m paying the resort fee already why isn’t this included?’  They can’t say it’s because not every guest uses the garage, because not every guest uses local calls or internet.  It’s simply another way to gouge the guests.

On this trip though we had a new candidate for ‘brainless decision of the year.’  I discovered this when I met some friends for brunch at the Bellagio buffet.

The Bellagio – if you don’t know - is a resort casino conceived by Steve Wynn and built by his company at the time (Mirage Resorts) for an original construction cost of $1.6 billion.  It opened in 1998 with a ceremony that itself was reported to cost $88 million.  While the property is notable for many reasons (opulence, iconic fountains, art gallery, etc.) its place in history is assured because it was the first Las Vegas property that made more than half its revenue on non-gaming activities.  It is the instigator of the current high-priced Las Vegas experience, because before it arrived almost everything in Vegas was inexpensive (except for the gambling.)

So what myopic decision was thrust upon us at this prestigious $40 per person brunch?  We now have to get our own soft drinks like we’re eating at a McDonalds.  That’s right – the most expensive property on the strip thinks it’s wise to eliminate beverage servers, joining a handful of others in this town that think bean-counting is the proper image for an upscale property.  It’s no big deal to get our own drinks, but the loss of dignity that the property suffers as a result – and the apology from the staff that each returning guest is presented with – is surely not worth the minimal savings MGM Resorts is gaining.  There couldn’t be a better example of the ‘what were they thinking’ poor decision-making.

So if you work in the travel and/or hospitality industry – or really any other industry – here’s a bit of good, free advice.  Before you implement a new plan, get some outside opinions of how it will go over.  Ask some typical customers; bring in a consultant to set-up a focus group; ask your mom; do anything to get another person’s perspective – all before thrusting your act of genius onto the public.  Other perspectives can often help people see aspects of a situation that they’re too close to pick-up-on.  In addition, when faced with a cost-saving or revenue generating opportunity, never forget the advice of the English scholar Robert Burton – avoid being penny-wise and pound-foolish.