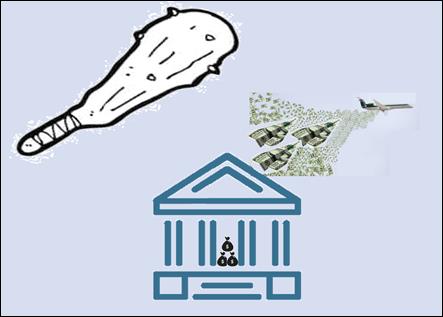 Before I begin, let me explain that I’ve been fully intending to write this blog – about my experiences with United Airlines and Chase - for at least three months.  The reality is – every time I thought I was at the conclusion of the story – it changed.  It’s still not really over, but I think it’s close enough that I can share my experiences and advice.

As any reader of my travel blogs knows, I’m not a huge fan of the Friendly Skies of United.  They (and honestly all the US airlines) are engaged in a customer unfriendly process of (in Gordon Bethune’s old words) finding out how cheap you can actually make the pizza before people won’t eat it.  Last year, in a move I and others wrote about, United removed their largest Newark Airlines club from general service, and restricted it to only international “Polaris” travelers.  The remaining club at EWR had all the comfortable soft seating replaced with stackable chairs as it attempted (and failed) to cope with the resulting overcrowding.  United opened a couple of pop-up clubs at EWR (gate areas walled-off and stocked with some drinks and snacks) but the club overcrowding at one of their largest hub airports was not eased. In addition – if you were unlucky enough to be assigned a gate in the C2 wing – the walk from any club to your gate is just a schlep not worth taking.  Calls and emails to United were met with the same uncaring, canned answers that any complaint to them is met with.  (Keep in mind this is an airline that originally defended its actions when it pummeled a passenger and dragged him off the plane.  It takes an avalanche of bad press for them to ever do the right thing, and Newark club members weren’t adding up to an avalanche.)  United wasn’t going to reverse this poor decision.

Faced with this reality, and with the year winding down and getting close to my annual fee date in December, the month of October was the right time to take my complaint to Chase.  I am a Chase customer (not nearly their biggest, but not nearly their smallest either.)   My thinking was that I (and any lowly million-mile-plus passenger) meant nothing to United, but their banking partner must have more clout.  (After all, it’s now a fact that airlines make more money from selling frequent flyer miles to the bank then they make from passenger fares.)  I met with my local branch Private Client banker and explained that I wanted a partial / pro-rated refund of my $450 annual fee of the Chase United Club Card.  The banker contacted Chase credit card services, who refused to issue any refund of the fee.  It was their feeling that any refund given to EWR based customers would be (and I’m really quoting here) “unfair to the other customers” who fly out of other airports with perfectly fine clubs that I also can use.  The fact that my home airport had a club experience that didn’t live up to the promises of the card did not convince them to issue any sort of partial refund.  I then told my banker that I wanted the matter escalated, and if it was not resolved I’d be closing my credit-card, checking, savings and low six-figure retirement accounts and moving them to another financial organization.  The review came back with no change in their position, and the bankers at my Chase branch essentially answered my threat with “go ahead.”

I was stunned that they’d be willing to lose that much business over the couple of hundred bucks in refunds I was seeking.  Welcome to the real world of today I guess.  It was at that point that I joined the “last straw” business traveler’s club.  To hell with the airlines and the banks and fake promises of loyalty.  It was time to do the best thing for me and give up any fantasy of loyalty.  I’d threatened it, I’d blogged about it, and it was now really time to act.

I opened an account at another large financial institution.  There, I received the same benefits and perks that Chase was giving me.  I then went shopping for credit cards that gave me the most benefits.  I picked two – one that is offering large amounts of cash back on dining and entertainment, and another from the same team that offers double ‘miles’ all the time (but lets you use the saved ‘mile’ benefits as an after the fact travel cost eraser.)  My family and I moved all our recurring expenses away from Chase cards and over to these two new ones.  Then, right after the Christmas holiday, I sent an email to my local branch explaining that I’d be in in two days and wanted a cashier’s check in the amount of all my accounts to move them to another bank.  That started a flurry of emails:

Me: (as above) have the check ready Friday.

Chase: Sir, we don’t have your retirement funds liquid – we can’t just write a check.

Me: I don’t care what your issues are.  It’s my money and I expect a check Friday.

Chase: You can’t just close a retirement account.  It has to be rolled over into another one.

Chase: Please come in and give us the name of the bank where the funds are going and we’ll begin to initiate transfers.

Me: It’s my money.  I expect the check Friday.  I have no agreement with you that says I can’t take it out whenever I want.

Ten minutes after that last email my mobile phone rings.  It was the assistant to the regional Private Client officer at Chase.  She said that her boss has reviewed my matter and would be willing to credit the $450 annual fee as a reduction of the annual service fees I’m charged on my retirement account.

Wow – months of emails, escalations, threats – all mean nothing.  Ask for a six figure cashier’s check and people finally look at what’s happening.

I thanked her, and in light of this new information asked that she set up a meeting between her boss and I when the holidays had passed.

At that meeting with the Private Client regional lead – who is actually a very nice person – we shared a number of stories around our mutual past in the financial services business.  During that conversation he explained the following things to me.  I’m not sure how many of them are true, but he definitely believed they were true:

·       The current banking environment is awful.  Everyone is overly-concerned with regulations because of the recent past excesses.  My escalation requests were likely ignored.

·       I got caught in what he described as a relationship with Chase and United that is “on the outs and further souring.”

·       Chase’s original agreement was with Continental, and this United thing was inherited after their merger.

·       Chase’s own personnel used to be treated well by Continental and the early merged United, but now they themselves are treated like garbage and have instructions to fly whatever the least-expensive airline is themselves – no longer favoring their partner.

·       He has had to intervene like he did for me for dozens of other customers that feel they are not receiving the promised services from their partner United.

So at this point, while I was hoping that my story would have a conclusion, it doesn’t.  I didn’t close my Chase accounts or my United Club credit card.  I now have a financial relationship with another institution (costing far less than Chase charges me by the way) and have moved some of my other savings there, but the savings I have at Chase are still there - for now anyway.  I no longer use the Chase United credit cards and have officially removed myself from the loyalty mileage game.  If I need an airline ticket I’ll buy it and get back as much cash as I can from my new credit card partner.  Now, when I look for seats for family / leisure travel (the only time I would have used mileage tickets anyway) I have MANY more options available to me for cash than I would have trying to use miles.  I’ll be using up my banked United miles as rapidly as possible, as it’s clearly insane to keep ‘funds’ in a ‘bank’ that has the legal right to devalue them whenever it feels like it.  Without miles from my Chase credit cards, those ‘funds’ will not pile-up as quickly as they did before from my coach business travel purchases (as frequent flyer ‘mileage’ is of course no longer credited based on miles flown) but I don’t care, as I find them essentially worthless anyway.  I didn’t bother to requalify for ‘Platinum Elite’ on United last year, because as I explained it is now essentially a meaningless level.  With the most recent United changes, my million-miler ‘Lifetime Gold’ gets me all the benefits of platinum except the two worthless upgrade certificates.

I’m comfortable reporting that all of the changes actually seem liberating.  I no longer feel like I’m being taken or abused in the guise of false loyalty.  And yes, if I fly another airline I won’t have the few remaining ‘gold elite’ privileges I have with United, but – in most cases – I can purchase a ticket for a few bucks more with the access I desire.  United and the other airlines still don’t see that the monster that they’ve created in devaluing loyalty and mileage will come back to eat them alive someday…soon.  More and more passengers will no longer care about the miles…so the banks won’t buy them…so the airlines will lose this revenue and start losing money again…forcing them to further cheapen the pizza…forcing more people to stop eating it / flying.  There will eventually be a day of reckoning, but the “Sky-Gods” (as Joe Brancatelli calls them) will be long retired with their golden parachutes by then.

I don’t know if the formula I used to have my fee refunded will work for everyone, but if you have accounts at Chase, do ask for a check to close your accounts – it seems the only way to get anyone’s attention in this tragic tale.