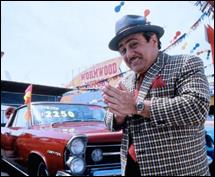 “Have we got a deal for you” the airlines now say.  Specifically Delta and United – who have announced ‘no frills, bargain basement’ fares to compete with the low cost carriers for the ‘frugal’ traveler.  Delta called theirs Basic Economy, and then United this week - showing the level of originality we’ve come to expect from them - announced theirs as being called Basic Economy too.  (Expect all the other airlines to copy this shortly as well.)  The pitch is that if you’re looking for the absolute cheapest coach ticket you can buy – because you don’t need any frills, the airlines will sell you one at a rock-bottom price by removing those frills.  What’s wrong with that you ask?  Well, when you look at it more carefully, quite a bit.

First of all, the perks removed are significant.  These tickets do not come with advance seat assignments.  That wouldn’t be such a big deal if airlines would stop overselling their flights.  However, because overselling is rampant in the industry, a confirmed seat is just about the only way you can be almost sure you’ll be allowed on the flight you booked.  This doesn’t even take into consideration how uncomfortable some middle seats or rear of plane seats are.  It stinks simply because the airlines reserve the right not to fly you if they don’t have a seat for you – totally at their discretion.  They have to compensate you of course – but that is little consolation if you miss your meeting or event.  To me and many others, an airline ticket without a confirmed seat is worthless.

The next big take-away is that you’re no longer permitted to bring a standard carry-on bag onto the plane – only a purse, briefcase…the thing they call a “personal item.”  You’ll board in the last group and not be allowed to have any luggage with you.  This theoretically speeds-up boarding, but it’s doubtful that it will do so in practice.  These fares are targeted for people who don’t travel often – and thus don’t care about the perks.  These are generally not people who understand restrictions or rules, and some will likely still bring their bags – actually slowing down the boarding process instead of speeding it up.  In addition, if these basic travelers will now needed to check a bag – and pay for it – how much are they really saving?

Then another big take-away is the extended value of the Basic Economy ticket – there is none.  After the required 24 hour period to cancel a purchase, the ticket is valueless for anything other than the flight.  No change – even with a fee – is permitted.  It’s use it or lose it.  Got sick?  Had a death in the family?  Lost your Job?  Tough patooties – no soup for you.  The airline keeps your money.

The other perks removed from these fares include access to preferred seats, access to upgrades, and loyalty mileage (which really needs a new name because the airlines stopped returning that loyalty years ago.)

However, the worst thing about these fares (if history teaches us anything about airline lies) is that they won’t represent a discount over what is being paid today.  I strongly believe that these Basic Economy fares will be just about equivalent to the lowest fares charged on these airlines today.  What will change is that the standard restricted economy fare will shoot up (ahem) bigly.

The results of all this will pit the average business traveler against his or her employer or clients.  Buying the lowest fare is often a requirement for business travelers.  Going forward, the lowest fare will carry so many restrictions and negatives that any sane business traveler wouldn’t want to take it.  How many travelers will be in a position to demand that they get a confirmed seat / changeable fare or they won’t take the trip?  How many travelers will miss flights because they didn’t get a seat and the flight was oversold?

If we look back a few years ago, the major airlines did try to compete with the Low Cost Carriers (LCCs) and it was (ahem) a disaster.  Delta launched Song and United launched “Ted” their airline within an airline – both with none of the frills frequent travelers expected – no upgrades, limited meals, etc.  Travelers hated it.  Remember what passengers used to say: “Ted – the part of United without you and I[U N I]” and the “Ted – the ass-end of United.”  Ted and Song were shut down as failures.  Despite this, airlines still think that if they can more effectively compete with the LCCs they can make more money.  What they have continuously failed to admit is that if they improved their product and services – stopped lying, stopped outsourcing maintenance and other services, stopped squeezing passengers into torturously uncomfortable seats, stopped overpromising and under delivering benefits and perks – that many more passengers would then choose to fly them over LCCs.

United’s CEO Oscar Munoz recorded a video last week claiming that United wants to be a “little bright ray of hope” in the daily life of its passengers.  Frankly, that’s so pie-in-the-sky for current US carriers that no rocket ship much less airplane could reach it.  All frequent travelers want is for the commercial airline experience to suck just a little less than it does today.  Please don’t reduce capacity so much that the middle seat is full every time we fly.  Please don’t make us pay exorbitant fees for services that are not worth it.  Please don’t neglect an aircraft parked at the gate all night and then first find a delay-causing problem an hour before the morning departure.  Please don’t install seats so slim with pockets so useless that it’s actually torture flying in them.  Please stop lying to us about delays in 15 minute increments.  Those would represent progress.  Basic Economy isn’t progress, it’s just another used-car-salesman lie meant to deceive the public and line the pockets of the airlines.