Taking Bait-And-Switch To The Next Level 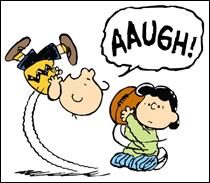 If you’ve read my old blog Frequent Liars, or have spent any amount of time as a business traveler, you know that lying is the natural state of the US commercial airline industry.  Making promises that can’t possibly be kept is the norm.   No business traveler familiar with the current state of affairs really even believes anymore that flights will be on time, that service will be adequate, or that – heaven forbid – they might actually get an upgrade in return for their loyalty to an airline.  Those perks are long dead.

As a Newark hub captive I’m stuck flying the “worst of both” amalgam of United and Continental that’s known as today’s United Airlines.  This is the airline so bad that it carries the Death-Star on its tail.  We United elite flyers no longer even hope for the constantly promised and never delivered complimentary upgrades.  All we get is a number.  The typical conversation at the gate goes “Hey, where were you on the upgrade list?  You were 22?  Ha, I beat you – I was 7.”  This is a running joke so prevalent at United hubs that the joking gets cruel.  We talk about how if we were at sea and we saw United management drowning we’d put them on a similar waitlist for the life preservers…and many other ‘illustrative’ stories.

However, even as those promised complimentary upgrades are both physically and mathematically impossible, there are always the confirmable upgrade e-certificates given to Platinum and 1K flyers.  These Regional Upgrades and Global Upgrades allow a passenger on a paid fare at time of booking to lock-in the upgrade.  For a Platinum flyer (75K per year – or formerly Continental’s top tier) there are two Regional e-certs given per year.  Two whole times that you can put the lying and bait-and-switch aside and really get that upgrade.  Or can you?

Last year I was only able to use one of my two certificates.  The other was assigned to two separate reservations – out of my reach on waiting lists for about six months of the year - and never cleared.  Yes, it would have been pretty easy to use it on a short-hop flight, but where is the value in that?  The point of using that free, confirmable upgrade is when your schedule forces you to take a flight home from California, or Washington, or Nevada – that long flight when you’re tired after a long business trip.  For those, United has pulled the ultimate bait-and-switch.  They show wide-open first class cabins two to three months before a flight, but make none of these seats available for upgrades of any kind.  What they do is put you on a waiting list – one that that never clears.  And then, when you eventually check-in for your flight, their kiosk has the gall to ask you if you want to “buy-up” to first class.  United won’t give you the upgrade they’ve guaranteed you is confirmable upon booking, but they will sell it to you at the last minute for cash.  Naturally, someone ‘not’ on the waiting list buys it and your upgrade never clears.

Let’s be very specific here.  This is not an upgrade that the airline has promised you only “if space is available” and then they offer to sell it to every once-a-year traveler before they’d ever let you into it.  Of course they do that too.  But the Regional upgrade is an e-certificate – an instrument that allows a confirmed, advance upgrade – and one that they’ve now made as worthless and as broken a promise as the complementary upgrades.  When I had this happen to me last week – for the second time this year – I realized that my e-certificate had spent about half the year sitting on never to be cleared waiting lists – which clearly is neither my fault nor fair.  I hoped a quick call to United’s Mileage Plus Service Center would reach a sympathetic ear for a current Platinum flyer and a Million Miller.  Nope.  United couldn’t care less that the certificate spent half the year waiting for upgrades that they chose not to ever clear.  They will do nothing to extend it past its month’s end expiration date.  The fact that I tried to use it - twice - and they refused to honor it was “just not their problem.”

Had I known that this is how years of loyalty would have been rewarded I never would have invested the time and money in achieving my lifetime status.  This bait-and-switch to top all bait-and-switches is pulled on you only after years and years of ultimately deceptive promises.  Regrettably, United fought and won their case about their unilateral changing of lifetime benefits, where the judge said it was as deceptive as it could be but not illegal under current law - so there’s really no place to take the indignation.  The only solace is in not getting yourself fooled anymore.

If all the airlines understand is money then make sure you ask for yours back every time they don’t deliver a service as promised.  Checked a bag and had it returned late?  Don’t bother complaining, sue in small claims court – win or lose, make them pay the costs of a lawyer.  Connected to the on-board WiFi and the service was terrible?  Submit the on-line form for a refund.  Really unhappy with your airline?  Cancel their affinity credit card and send a letter to the bank’s HQ explaining that it was the terrible service of their airline partner that lost them a customer.  If you think about it for a little while there are many more ways to vote with your wallet, not least of which include flying another carrier based purely on schedule, not based upon the loyalty that the airlines have forgotten how to return.  That seems to be the advice of all the experts in the space right now.

Of course, I’m sure that there will come a time again when the airlines aren’t in the position that they are today.  It may be after some disaster, or an economic crisis, or some other factor, but whatever the impetus they will want our tax dollars…or support for a political issue or bond referendum…or just our patronage again.  When that day comes I suggest we never let them forget how they treated us today.  We’ll have to make it clear that they can’t get what they want from us specifically because of how much bait-and-switch they pulled on us as customers when they felt they could get away with it.   Loyalty is a two way street, and the US commercial airlines haven’t been on the passengers’ street for quite some time.