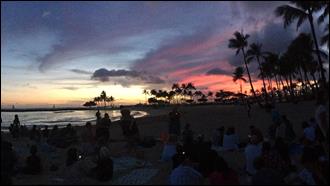 It’s been said many times that you can’t go home again, but no one ever said anything about not being able to go to Hawaii again.  Having just returned from a wonderful vacation there I can personally attest to the fact that while you can still go, the journey is not the same.  Just hearing the name Hawaii makes one swoon for the island music, the exotic fruit drinks, the stunning beaches and the even more stunning sunsets.  My family and I had visited the Hawaiian Islands many times when my kids were young, but I had not gone back in a while.  Now that my kids are in college, my wife and I thought how terrific it would be to go without them – so we could really enjoy some peaceful, relaxing time together.  We just returned from that trip – and we had a magical and wonderful vacation.  Still, I was shocked by a number of experiences in getting there and staying there – experiences that have certainly changed since the last time I went.

Take the flight there for example.  I had splurged and got us both first class seats to HNL.  We were downright giddy about arriving in style.  But when we boarded the 777 I was shocked to experience the United Business Class seats of 20 years ago.  (Remember the ones where you had to lift the spring loaded lever then manually pull up your foot-rest.)  These definitely aren’t the new Polaris seats, nor the last two generations of all-electric seats of the 777.   They’re some of the oldest Business Class seats in their fleet.  I wouldn’t have minded so much, had they actually worked – but on one out of our two seats the controls was broken – click the picture below to see a video showing it.  On the other seat, the tray-table seemed tilted so far downward that I felt my food was about to slide to the floor. 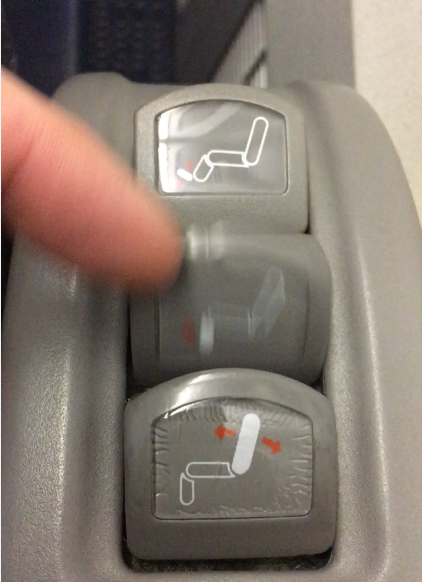 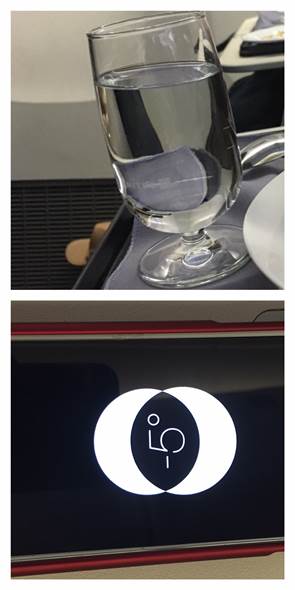 I later took out my wife’s iPhone and used the compass’ built-in level to determine it was actually a five degree slope.  I assume these aircraft are mostly filled with people redeeming frequent-flyer miles, and as such, not felt to be a priority by the airlines.  I of course are (and have always been) from the camp that there is ZERO difference spending my hard-earned points/miles vs. hard-earned dollars, but clearly airlines have always felt differently.  When we complained about the condition of the aircraft, the United flight attendant was quick to give us an apology card. 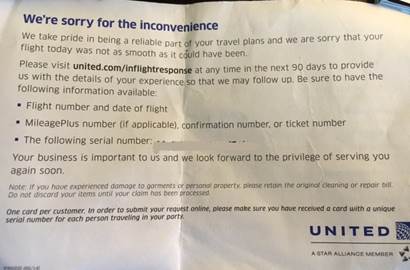 This entitled us to go on-line and ask for some form of compensation for the inconvenience.  We were given a choice of 17,500 miles or a $350 voucher.  Honestly, while we appreciate the acknowledgment, if I paid for a first-class seat, and a working first-class seat wasn’t provided, I feel I should get a full refund – but then again, that’s just how I’ve always seen the world.  Of bigger concern is that armed with the knowledge that this seat was broken I doubt that they actually repaired or replaced it in Hawaii.  There was no delay in the next outbound flight that I saw – they just turned it back around and out again, hoping the next low-revenue vacationer doesn’t complain.

On our flight home, we flew coach – and it was only then that I realized the only special thing first class to Hawaii gets you – food.  On the nine plus hour flight directly from HNL to EWR not a speck of food was served in coach unless one paid for it.  Even domestic coach flights of a couple of hours have had tiny bags of overly-spicy pretzels or Stroopwafels added back into the complimentary service.  But absolutely nothing was served for free on the Hawaii to east coast flight in coach.

It’s really quite the difference from the days of glamourous air-travel to exotic locations.

I wish I could say it was just the airlines that have worsened their product in this market, but the hotels are apparently just as guilty.  I have many fond memories of taking my family to the Hilton Hawaiian Village on Waikiki.  As a Hilton HHonors Diamond for as long as I can remember we were always treated like cherished family - given upgrades, breakfast, even a fruit-basket in our room a few times.  Well, that’s all completely gone.  This once beautiful city unto itself has deteriorated considerably.  When we pulled-up to check in it was a madhouse of activity, with our taxi costing us an additional five dollars worth of waiting time to just get close enough to the entrance to get our bags out.  (The Valet later explained to us that additional space they used to have to manage cars was removed, which makes the entrance a constant bad first experience for those arriving.)  The breakfasts for HHonors Diamond members we used to have here are apparently long gone (despite the note on the reservation and on the HHonors app confirming that a continental breakfast is provided.)  Now they give you $10 per person per day of on-property food credit (for up to two people) despite the fact that their breakfast buffet costs over $30 per person.  They claim if you walk far enough you can find a store that will honor that price, but if you have to walk out of the building and/or off property for breakfast then what’s the point of offering it?

My wife and I – without kids for the first time here in many years – decided to pay the cost of staying in their exclusive Alii tower.  What a mistake that was.  For far more than double the cost of staying at other parts of the property, they promise – in writing - that they provide the following benefits:

Let’s examine those.  Hot hors d’oeuvres Friday and Saturday are the equivalent of any Hilton executive lounge – with the exception that you don’t have to be a HHonors member to access it – meaning it is attacked by swarms of seemingly starving people.  At 6pm on the pool deck all the chairs and tables are already gone, often with six or seven chairs being held by one family member with the rest of the party not even on the deck.  The line for the food starts at 6pm and by 6:30 snakes around the pool at least once.  The ability to watch their Friday fireworks show from this ‘exclusive’ location is a joke, as the chairs are all gone by 5pm for a show that starts at 7:45pm, and the staff refuses to bring any more out or stop the people from hoarding and holding large numbers of unoccupied ones.  They run out of food, chairs and space well before the show starts – despite never revealing anywhere that it is on a first-come, first served basis and one can get closed out of the opportunity.  Really, what other Executive Lounge in the franchise could get away with saying that their evening cocktail service is “closed out” and to “try again the next day?”

As for the other benefits, the “complimentary gift” is a box of tea bags.  The complimentary supply of bottled water is a benefit that one could replace with $5 at the ABC store.  Everyone on property – even the Alii tower guests - are issued a plastic yellow towel card that entitles the bearer to one (1) whole towel for the beach.  (Failure to return the card upon departure results in a $10 fee.)  And, despite being a HHonors Diamond and paying nearly quadruple what I usually would for a resort stay to get an ocean view room, there were no upgrades of any kind available (presumably to a larger room or one that fully faced the ocean.)  We could have received the same experience at any other building on property for a heck of a lot lower cost.  Shame on us for not knowing any better, but shame on the Hilton organization for systematically deceiving HHonors Diamond members – in every single service promise made about this property.  (In fairness, when the property’s concierge learned how disappointed we were they refunded part of one night’s stay and the valet fee, and asked what they could do to make us happy.  Regrettably, they didn’t have the power to turn back time to when this property wasn’t like this.)  In looking back at old family photos I recalled that the property’s logo used to have a Bird of Paradise in it.  The Bird of Paradise has been replaced by the Hilton corporate logo – which I suppose says it all. 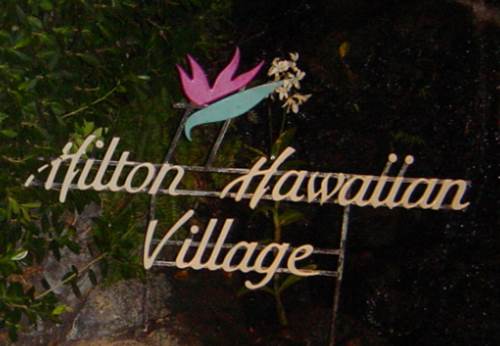 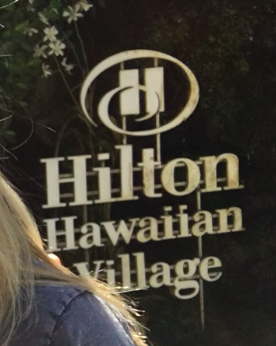 What was once a prized journey into paradise is now apparently a loss-leader for big corporations trying to shuffle people through - in as high a volume as possible.  The Aloha spirit was completely missing from United and Hilton on this trip, which honestly is a real shame.