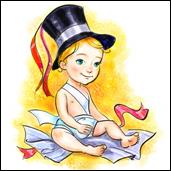 As this year approaches its sunset and we look forward to the new one, it’s a good idea to look back at what 2013 brought us.  I’ll let the professional journalists cover the big topics of history, politics, and celebrity activities and endings, and I’ll focus on the same areas I always do – travel and technology.

In the “best of times” category, 2013 brought us a number of things to be grateful for:

·         TSA Pre-Check opened to all:  The Pre-Check program at airport security (when it actually works) is the greatest thing to happen to air-travel in the last 20 years.  One just walks up to the security checkpoint, shows ID, places bags on the conveyor belt, walks through a detector, picks up the bags and heads to the gate.  Bravo – that is exactly what the security experience should be.  We should know that grandmothers and babies are not terrorists and we should be smart enough to understand who should be subjected to additional scrutiny.  With Pre-Check we’ve actually improved the traveling experience for everyone.

·         PEDs are OK: We can all raise our hands and sing Hallelujah!  The US federal government has admitted that our tablets and mobile phones can’t actually take-down multi-million dollar jet aircraft.  Getting our government agencies to actually admit the obvious is a rare win and one we must celebrate.  No longer will flight attendants be able to get into a tussle with passengers for playing Words With Friends.

·         Personal Activity Video Recorders are here: Whether you’re talking about the pricey GoPro Camcorder or the cool and inexpensive MeCam, this was the year you could attach a camcorder to yourself and have it automatically record what you’re doing.  It’s now easy to capture and save once in a lifetime experiences and relive them as cherished memories.

·         Twitter as the Great Equalizer: If you didn’t pay attention to Social Media before this year you probably started to in 2013.  No matter if you’re the richest mogul or the poorest child, everybody gets the same 140 characters.  This was the year that spawned Diplomacy via Twitter (Twiplomacy), and Financial Market manipulation via Twitter.  Take a look here for some other best tweets of 2013.

2013 also brought us some real losers for the “worst of times” category:

·         Goodbye American Airlines: This year brought us the death of another great US airline.  American Airlines has officially “merged” with US Airways – That is of course “merged” as in the same sense that United merged with Continental – where they’ll keep the better name but shaft passengers with the “worst of both” when it comes to service.  With United and American gone in everything but the name there are very few options left for a good flying experience.  We should all acknowledge the naked emperor here – airline mergers only really help out the executives cashing-in on the deal.  We lose jobs, service, quality and reputation.

·         Windows 8.1: When Microsoft released Windows 8 the world united in a resounding “huh?” in response.  The Metro/Tile Interface was balky for the tablet user, and the desktop mode without the cherished Start Button was unworkable to the desktop user.  So, having heard all of the complaints and with a desire to fix the problems, Microsoft released Windows 8.1 that still didn’t restore the start button!  It put a button back in the taskbar, but all it does is bring you back out to the despised tiles again.  The world response this time is the sound of palms slapping foreheads.  What were they thinking?  One simple change would make all of the enterprise desktop users happy but Microsoft ignores it.  Maybe once they select their new CEO that executive will fix this, but 2013 goes down as a loss.

·         Asus Convertible Brick: While I’m on the topic of Windows we need to give special mention to the firms Asus, Amazon and Microsoft for the debacle called the Asus Transformer Book.  What was a promising, inexpensive combination tablet and PC with a keyboard / dock included has actually become a cruel joke.  Take a look at the reviews on Amazon for this unit.  Just about every purchaser that buys it says the same thing – they love how it works for a few days, then it tries to automatically update the software and it becomes a paperweight.  How much should one pay for a PC that only works for three days?  What is most amazing here is that neither Microsoft, Asus nor Amazon have acknowledged this debacle in any way.

·         The AdTrap that doesn’t Trap Ads: One of the most promising new devices to hit the market was called AdTrap.  It was supposed to be a “zero configuration device that removes ads from your Internet connection before they reach any of your home devices.”  It received funding on Kickstarter and then launched its direct sales.  It all sounded great, but if you actually purchased and installed the device it just didn’t work.  If you complained about it the firm would ask you to run through a maze of instructions to reset it – unplug, wait 5 seconds, plug in again, wait for second light, unplug again, rub your belly and tap your head, calculate the square root of pie, plug in again, etc.  If you asked them for a refund – as this clearly isn’t a “zero configuration device” - they would expect you to be a Perl programmer that could SSH into the unit and make programming changes.  Zero configuration indeed – more like zero promises kept.

·         The illusion of Privacy bites the dust: Have you heard the one about the NSA?  The NSA walks into a bar and the bartender says “I’ve got a great joke for you” and the NSA says “I’ve heard it.”   Thankfully now everyone is clear about the fact that our use of the internet is no more private than anything else in our lives.  Is it a good thing for the US government to be reading everything we write and email?  Probably not, but at least it’s not a secret any more.

So as this year of “Twerking” and “Selfies” comes to an end, we can all look to 2014 with hope of more things to be grateful for, and with relief that the turkeys of 2013 at least won’t happen again.